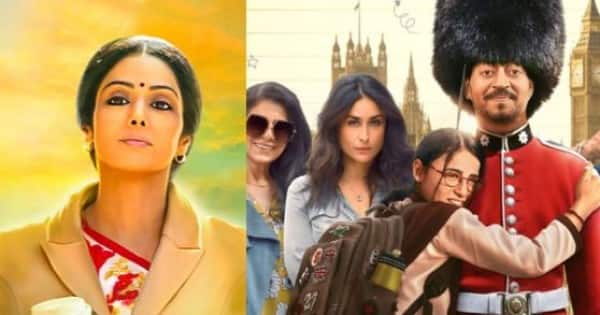 Here is a list of movies that you can watch with your fam and have an amazing festive weekend. Also Read – Trending OTT News Today: Fans peg Divya Agarwal to win Bigg Boss OTT, Akshay Kumar’s Bell Bottom locks its digital release and more

Karan Johar’s Kabhi Khushi Kabhie Gham teaches us that life is all about loving your parents. This iconic film is close to everyone’s hearts and we love everything about this magnum opus.

Shoojit Sircar’s Piku showcases the sweet bond between a father and his daughter. This film will make you teary-eyed and make you hug your parents right away.

Sridevi’s big return to Bollywood films turned out to be one of the most inspiring films in the history of Bollywood. The legendary actress played the role of Shashi Godbole, who is a housewife and her life revolved around her husband and her kids. She often gets mocked by her family for not knowing the English language. Directed by Gauri Shinde, the movie also features Adil Hussain, Priya Anand, Sujatha Kumar, and Mehdi Nebbou among others.

This film will make you teary eyed by seeing the sacrifice done by parents to keep their children happy. This film is yet another father-daughter relationship story that you should not miss at any cost. The storyline, dialogues, and conceptualization will make you emotional at every point.

Sooraj Barjatya’s Hum Saath Saath Hain is one of the OG drama films which has managed to win millions of hearts with their simple storyline. The film teaches everyone that small happiness lies in the family and also helps us in understanding the value of parents and family in its unique way.