From his food, to clothes and daily routine, here’s how the star kid will spend his time in Arthur Road Jail 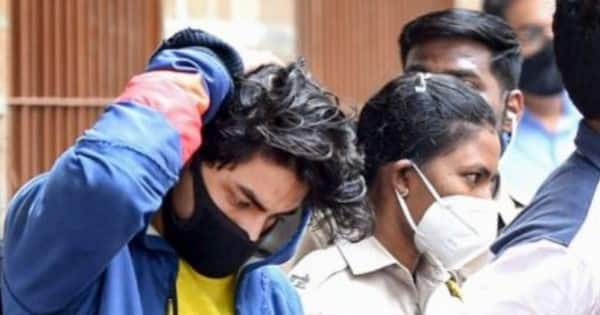 From his food, to clothes and daily routine, here’s how the star kid will spend his time in Arthur Road Jail

Bollywood star Shah Rukh Khan’s son Aryan Khan has been arrested by NCB officials in connection with the alleged seizure of drugs on October 2. Apart from Aryan, the officials even arrested more than 18 people involved in the drug case during a rave party. Aryan and others were remanded in 14-day judicial custody by Additional Chief Metropolitan Magistrate RM Nerlikar. Aryan has been sent to Arthur Road jail which is in Mumbai. The star kid has been kept in the number 1 barrack which is a special quarantine barrack on the first floor of the jail. There is no uniform assigned to Aryan as of now. Also Read – No special treatment for Shah Rukh Khan’s son; Aryan Khan and others to be kept in quarantine cell for 3-5 days at Arthur Road Jail – details here

Aryan and the other accused will be kept in quarantine for five days. If they get any symptoms related to Covid-19 they will be tested. However, Aryan and others have already tested negative and they have taken both doses of Covid-19 vaccines. The star kid will only get jail food and no outside food will be allowed to him till the court order comes. Also Read – Singer Abhijeet Bhattacharya faces brickbats after tweets on Salman Khan’s hit-and-run case verdict

Aryan’s jail routine will be like any other accused. He will be made to wake up at 6 am by jail officials and by 7 am he will be served breakfast which includes sheera and poha. By 11 am Aryan would be served lunch which includes chapati, sabzi, dal, and rice. Post lunch, the prisoners are allowed to roam, but in Aryan’s case, he won’t be allowed to go outside until his quarantine period ends which is of five days. Also Read – Here’s how Salman Khan’s 2002 hit-and-run case’s courtroom drama unfolded…

Just like other prisoners, if Aryan wants extra food from the canteen, he will have to pay extra for the food. The money for the same can come through a money order. The prisoners get dinner served by 6 pm, but mostly the prisoners consume dinner by 8 pm.