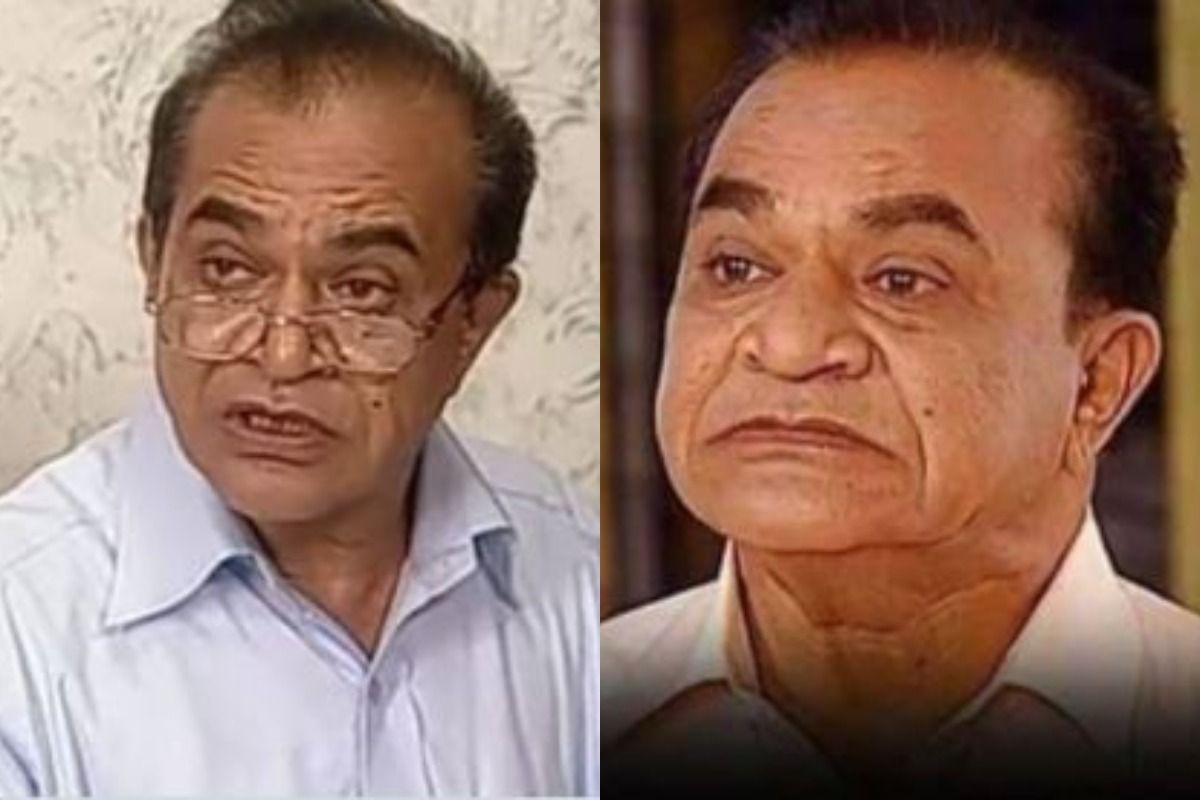 Ghanshyam Nayak Aka Nattu Kaka No More: Actor Ghanshyam Nayak, who is best known for his role as Nattu Kaka in the popular sitcom Taarak Mehta Ka Ooltah Chashmah, passed away on Sunday after a long battle with cancer at the age of 77. He has won several hearts with his stint as Nattu Kaka on TMKOC and his death news came as a shock for many of his fans. As Ghanshyam left for the heavenly abode, fans took to Twitter to pay tribute to the veteran actor.Also Read – Ghanshyam Nayak No More: Taarak Mehta Ka Ooltah Chashmah Producer Asit Modi Pays Homage To Nattu Kaka | Official Statement

Fans even flooded social media with old videos of the late actor from the popular show TMKOC and Srabhai vs Sarabhai, and his films. Also Read – Ghanshyam Nayak Aka Nattu Kaka Of Taarak Mehta Ka Ooltah Chashmah Passes Away

“Taarak Mehta Ka Ooltah Chashmah will no more be same for us. Natu Kaka, you will be missed by every generation. May the soul rest in peace”, wrote another.

One more user wrote, “Deeply saddened hearing Nattu kaka is no more. RIP. Om shanti Crying faceBroken heart. Thanks for filling our lives with laughter. You will remain in hearts as one of the best comedian.”

ॐ शान्तिः Thank you for entertaining us and making our childhood joyful. Gada Electronics is incomplete without you. #RestInPeace #TMKOC #Natukaka pic.twitter.com/Yy3R6u3qB3

Nattu Kaka you will be missed.. Thank you for making us laugh.. giving us so many memories.

You will be remembered..

#Natukaka those days when I would go to tution. I would see the shoot on in gada electronics where natukaka was there. Always would shake hand with him. Today he left the world. Will always be a legend for me #NattuKaka #TMKOC pic.twitter.com/1HOxpntCwK

I don’t know what to write. But this man never failed to bring a laugh on my face. He and his character were so iconic. Thank you for all laughing sweet memories sir.
Enjoy jalebi fafda with Kavi sir in heaven.😝 Will miss you a lot.💔😣
Om Shanti #natukaka #TMKOC @TMKOC_NTF pic.twitter.com/uVh6JmgJud

We can never forget some characters and one of them is the character of #Natukaka.
Thank you for making us laugh for years through your pure comedy
You will always be in our heart
Om Shanti #TMKOC pic.twitter.com/3q8wptjr1H

Another tragic loss… One of the finest actor in the telly field! #TMKOC will always be incomplete without our #natukaka . R.I.P pic.twitter.com/j15jgGN3q9

I just hope asit modi will not bring any replacement for him, he is irreplaceable.❤️#TMKOC #natukaka pic.twitter.com/vp1CxNjXQh

Was one of my most favourite characters in #TMKOC 💗
Your character and your work will be irreplaceable always..🥺🙏 pic.twitter.com/CsJvGSUymg

Deeply saddened hearing Nattu kaka is no more. RIP. Om shanti 😢💔
Thanks for filling our lives with laughter. You will remain in hearts as one of the best comedian. ❤️#NattuKaka #natukaka #tmkoc pic.twitter.com/AqfkgMl8IJ

As he is suffering from cancer from last 1 Year…… !
We’ll Missed him and his Funny ,comedy episodes badly …
pic.twitter.com/NCXN8zUX3i

He made me laugh as Vithal kaka in SvS and as Nattu kaka in tmkoc. Old episodes will never be the same. Such a huge loss. Om Shanti. #Natukaka #NattuKaka #tmkoc #SarabhaivsSarabhai.

Now he’ll no longer reveal your affairs to #Monisha..! 😔

TMKOC producer Asit Modi paid homage to Nattu Kaka and shared, “Ghanashyam Nayak (Nattu kaka) and I go a long way back and our families also were related. His passing away is a loss personally to me as well as for the show. Through the years, he kept motivating and encouraging me and, he himself was very happy with the role he was playing in the show. His absence will be felt by everyone and is a big loss for the entire team. We pay homage to a great actor and a great human being and our thoughts and prayers are with his family during this painful time.”

In June this year, Ghanshyam Nayak revealed that he is battling cancer and underwent chemotherapy. In September last year, he underwent surgery at a Mumbai hospital after he was diagnosed with a lump in his neck and he underwent surgery to remove it. He had informed Times of India that there was not one, but eight glands were removed from his neck.

Ghanshyam Nayak started working at the age of 7. Back then, he featured as a child artist in the 1960 film Masoom. Ghanshyam has worked in over 100 Gujarati and Hindi films and in around 350 Hindi television serials. He was also seen in Hum Dil De Chuke Sanam, Tere Naam, Chori Chori, and Khaki. He has also featured on the popular show Sarabhai vs Sarabhai.