Here’s all you need to know about the epic collaboration 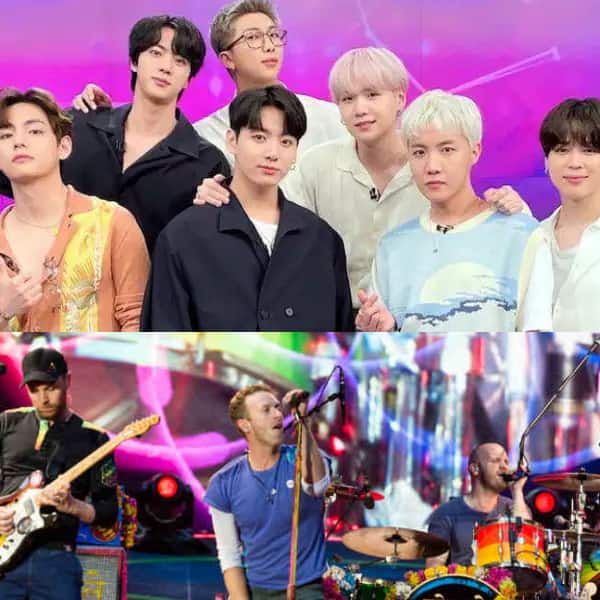 Korean pop band BTS has become immensely popular across the globe. With songs like Dynamite, Butter and Permission To Dance, they have won the hearts of their fans. They are so popular that we have many already very established stars wanting to collaborate with the septet. After Ed Sheeran and Megan Thee Stallion, now we have Coldplay collaborating with BTS. The announcement of their collaboration was recently made on social media. BTS and Coldplay are collaborating for a single titled My Universe. Also Read – BTS’ RM birthday VLIVE: From flaunting the bike gifted by Jin to talking about his drinking habits and more – here’s all that happened in Namjoon’s live

It was in July this year that the speculations of the two boy bands collaborating had hit the headlines. It all started with BTS singing their version of Coldplay’s Fix You. Then MatchLyric posted lyrics of a song titled My Universe and in the artist credits it was written Coldplay Feat. BTS. ARMY could not keep calm and immediately started speculating their collaboration. It is after so many days that the bands have finally confirmed their collaboration. Also Read – BTS: Jimin wishes RM with a heartfelt note on his birthday and ARMY is going gaga over their emotional bonding – view tweets

On Twitter, BTS and Coldplay made the announcement and also revealed the release date of the song. It will hit online on September 24. On social media, fans have gone berserk sharing their excitement for the same. Also Read – Trending Hollywood news today: BTS wins big at MTV VMAs, Britney Spears gets engaged, Gwyneth Paltrow reacts to ex Ben Affleck and Jennifer Lopez’s love and more

Did I just signup for TikTok again after so long because of #ColdplayXBTS YOU BET I DID!!!! #MyUniverse pic.twitter.com/JMq8RyNzvG

Just look at the way Chris Martin is wearing a BTS hoodie and then Jungkook wearing a Cold Play hoodie. This is also a sign that they genuinely have great respect and love for this Collab!??#ColdplayXBTS #MyUniversepic.twitter.com/I5dTbksRQC