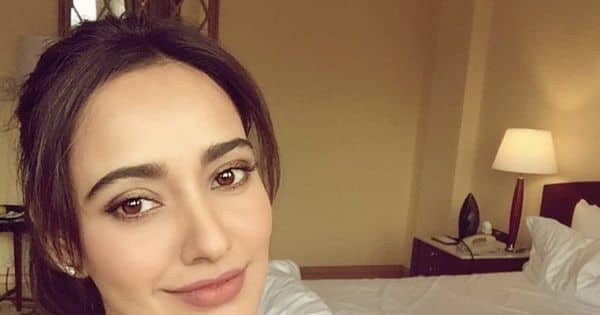 In 2018, a morphed picture of Neha Sharma had started doing the rounds of social media that left her completely shocked. She had posted a morning selfie on her Instagram which was later doctored by some miscreant by placing a sex toy on top of a desk shelf in the backdrop. Without verifying the viral image, people went on to circulate it across various social media platforms and made nasty comments on her. Neha has finally broken her silence on the viral morphed selfie with a sex toy that left her traumatised. Also Read – From Aafat-E-Ishq to Hum Do Hamare Do: 5 new filmg on 29th October on ZEE5, Netflix and more

“Initially, I was traumatised. I was like, ‘Dude, this is crazy.’ This kind of morphing and all is not good. I was obviously younger, so I was really brainf***ed at that point. I was like, ‘Why me and why this? Why would someone do this? Why are you so vella (jobless) to come up with this shit?’” Neha told radio host Siddharth Kannan. Also Read – Can you find love on dating apps? Aafat-e-Ishq actress Neha Sharma shares her first-hand experience [Exclusive]

She said that when she came on the sets of her web series Illegal, people had started behaving in a weird manner. There were murmurs and discussions about the viral selfie and Neha couldn’t understand what was happening around her. Also Read – Aisha Sharma makes heads turn as she takes her dog out for a walk – see pics

“I didn’t realise about the picture. I came on set and everybody is being a little weird and strange. They were like, not talking, they were all discussing, murmurs were happening. And I am like, ‘What is happening? Why is everybody behaving weird?’ I think eventually, someone came up to me and said, ‘Neha, there is this picture of you that is being viral’, and I am like, ‘What picture?’ Then I saw it and I am like (opens mouth in shock), ‘Wow, very creative, whoever did that.’ I was upset in the beginning but then I was like, ‘It’s okay, I know what the truth is and I really don’t need those things to satisfy me,’” she added.

READ ALSO |  Tiger 3: Emraan Hashmi FINALLY opens up on the release of the Salman Khan

As the controversy erupted, Neha took the matter into her hands. She posted the original picture on her social media handles and slammed those who had morphed her picture with a sex toy. “It’s sad how misogynistic people can be…stop morphing pics and getting cheap thrills out of it…this is the original pic…” she had tweeted.

It’s sad how misogynistic people can be..stop morphing pics and get cheap thrills out of it..this is the original pic.. pic.twitter.com/fmTqxtllYg

On the work front, Neha will be next seen in her upcoming film Aafat-E-Ishq, which is a dark dramedy with supernatural elements and a whodunnit twist. It is the official remake of Liza, the Fox-Fairy, a Hungarian film that was a huge success internationally and won numerous awards at various film festivals.