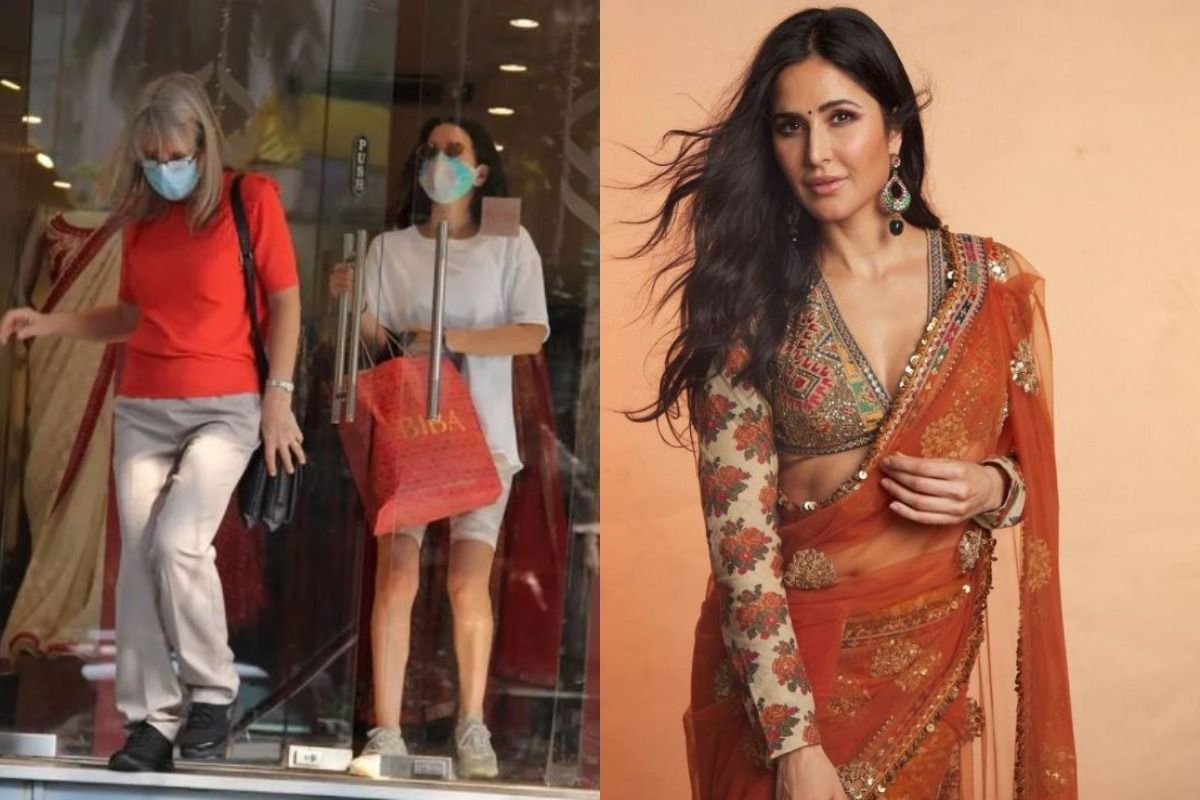 Mumbai: Amid the wedding rumours of Katrina Kaif and Vicky Kaushal, Tiger 3 actor’s mother Suzanne Turquotte and sister Isabelle Kaif were spotted visiting an ethnic wear store in Mumbai. The duo also posed for the shutterbugs stationed outside the store. The ETimes latest report also suggested that Katrina and Vicky will be taking their wedding vows at Six Senses Fort Barwara, a resort in Sawai Madhopur, located 30 minutes away from Ranthambore National Park in Rajasthan. The report also stated that the wedding is scheduled to take place in the first week of December.Also Read – Katrina Kaif Reacts To Her Wedding Rumours With Vicky Kaushal: ‘That’s A Question…’

ETimes also quoted a source saying, “Their wedding outfits are being designed by Sabyasachi. They are currently in the process of choosing fabrics for the same; Katrina has chosen a raw silk number for her ensemble, which is going to be a lehenga. The wedding will take place in November-December.” The report even claimed that Katrina and Vicky had been engaged in a secret roka ceremony on August 18. Also Read – Sooryavanshi Song Mere Yaaraa Twitter Reactions: Fans Say ‘It’s Emotion Of Millions’ As Akshay-Katrina Beautifully Romance

However, Katrina called the reports baseless. Speaking with Bollywood Life, she addressed the rumours and said, “This is absolutely rubbish. The two actors have no such plans. It has become a trend for some to circulate such stories about Vicky and Katrina every few months.”

On Tuesday, paparazzi spotted the two lovebirds in separate cars and were all smiles as they waved at the shutterbugs. While Vicky looked dapper in a white and black striped sweater, Katrina looked gorgeous in a green checkered shirt. The pictures have left everyone curious about their relationship status.

Meanwhile, on the work front, Katrina is busy promoting her upcoming film Sooryavanshi alongside Akshay Kumar. She is also shooting for Tiger 3 with Salman Khan. Vicky, on the other hand, is shooting for Shashank Khaitan’s Mr Lele. He also has Meghna Gulzar’s Sam Bahadur in his pipeline.