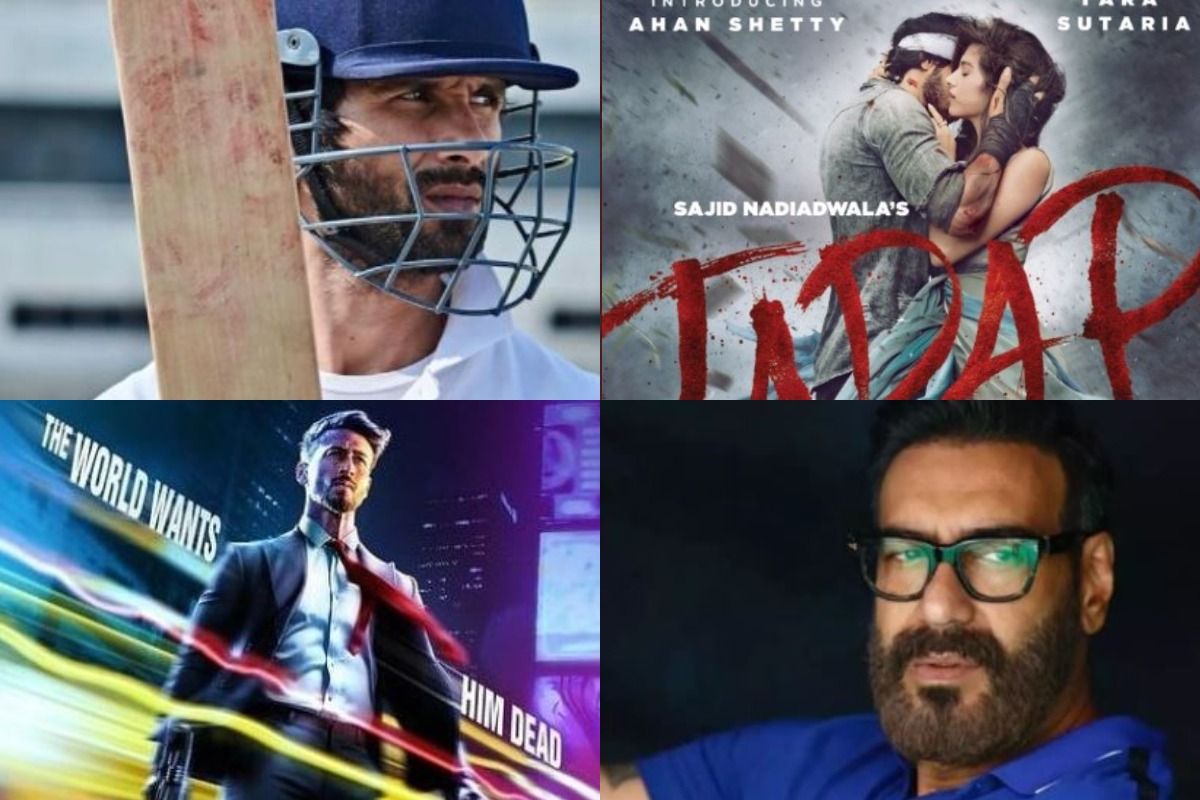 Bollywood’s Highly-Anticipated Movies Release Dates Out: Maharashtra Chief Minister Uddhav Thackeray on Saturday announced that the theatres will reopen just a few weeks before Diwali, on October 22 in the state. Soon after the announcement, many producers and filmmakers locked the release dates of their respective films, which had been postponed due to the outbreak of Covid-19. The move was welcomed by Bollywood and many decided to release their films in the theatres after much delay. This should also be noted that Maharashtra theatres also bring a big chunk of revenues to the box office.Also Read – Over 39 Inmates Including 6 Kids Test positive for Coronavirus in Mumbai’s Byculla Women Jail

Here We Bring You The Complete List of Big Ticket Films Who Have Locked Their Release Date:

Shahid Kapoor starrer sports drama is all set to release on December 31, 2021. The film is the Hindi adaptation of 2019 hit Telugu film with the same name. The original film starred Nani and Shraddha Srinath as the lead actors, which have been reprised by Shahid and Mrunal Thakur in the remake. The film is helmed by Gowtum Tinnanuri, who also directed the Nani-starrer film. The film is based on a failed cricketer in his 30s, who returns to the field to fulfill his aspirations to represent the Indian cricket team and fulfill his son’s wish, who wants a jersey as a gift. Also Read – Ranveer Singh Starrer 83 To FINALLY Release This Christmas | See New Poster

KGF 2 is holding onto its release date. The film is all set to have a theatrical release on April 14, 2022. The film with a budget of Rs 100 crore, will release worldwide in Kannada, Telugu, Hindi, Malayalam, and Malayalam. The film features an ensemble cast including Yash as Rocky, Sanjay Dutt as Adheera, Raveena Tandon as Ramika Sen, and Srinidhi Shetty as Reena. The film is directed by Prashnath Neel. The film also stars Anant Nag, Nagabharana, Prakash Raj, Malavika Avinash, Achyuth Kumar, Archana Jois, among others in important roles. The film is based on Rocky, who has built an empire for himself through the crime world. The second installment will revolve around Rocky’s control of the Kolar Gold Mines (KGF) where he once used to work.

Tiger Shroff and Tara Sutaria starrer Heropanti 2 is all set for May 6, 2022 release. The film will clash with Chris Hemsworth and Natalie Portman starrer Marvel movie Thor: Love And Thunder at the box office.

Suneil Shetty’s son Ahan Shetty is making his Bollywood debut with Milan Luthria’s directorial, Tadap. The film will hit the theatres on December 3, 2021.

Akshay Kumar’s Sooryavanshi will hit the theatres on October 22, the same day cinema halls and multiplexes will be reopened in Maharashtra. The film will have a box office clash with Marvel’s Eternals.

Ranveer Singh starrer 83 is all set to hit theatre this Christmas. The film is based revolves around how Team India created history by winning the World Cup for the first time in 1983 under the captainship of Kapil Dev. Ranveer essays the role of Indian cricket captain Kapil Dev while Deepika will be seen playing the role of his wife, Romi Dev. The film also features Pankaj Tripathi, Boman Irani, Tahir Raj Bhasin, Saqib Saleem, Harrdy Sandhu, and Ammy Virk.

Akshay Kumar, Jacqueline Fernandez, and Nushrratt Bharucha starrer is set for the Diwali release next year.

Akshay Kumar and Kriti Sanon’s Bachchan Pandey will be released on March 4, 2022.

Kartik Aaryan and Kiara Advani starrer Bhool Bhulaiyaa 2 is all set to release on March 25 next year.

Akshay Kumar starrer Prithviraj is set for the Republic Day release next year. The film is all set to have a theatrical release on January 21, 2022.