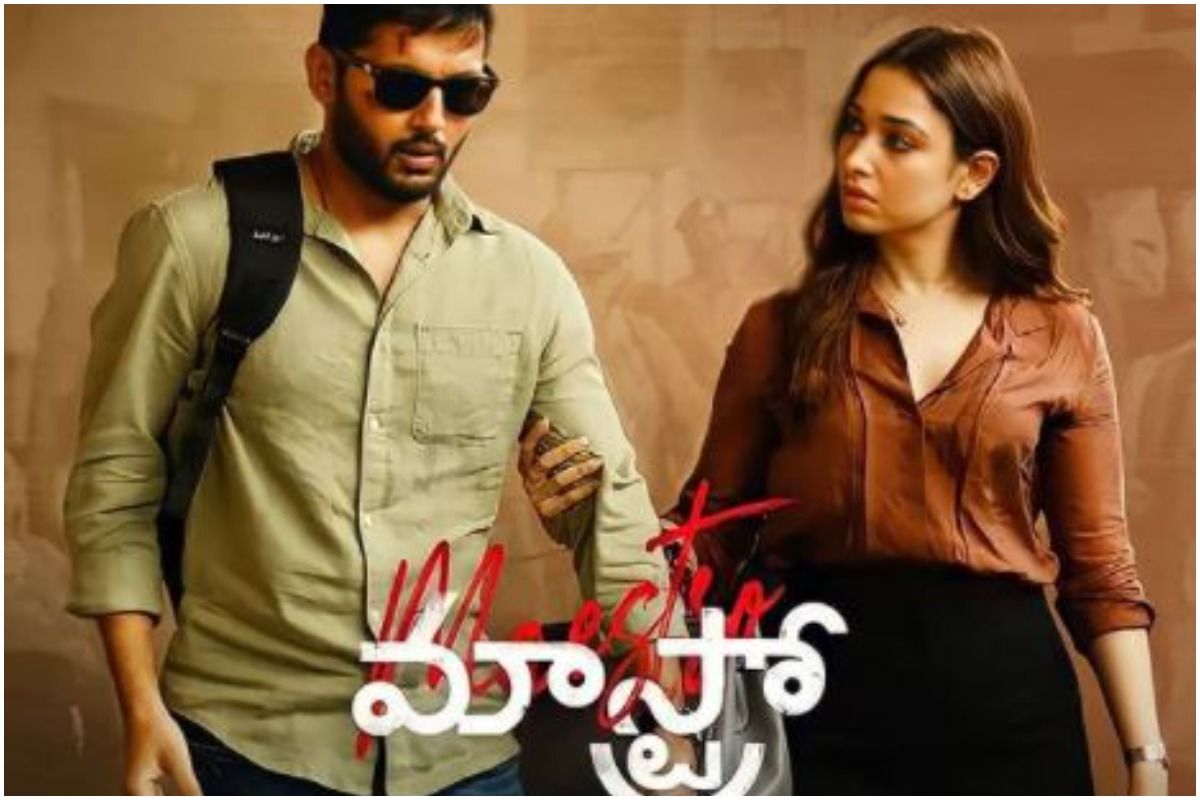 Andhadhun will not only remain one of the best movies in the history of Bollywood, or Indian cinema as a while, but, frankly speaking, it’s up there with the best of all time in world cinema. To put it plainly, it’s a very tough act to follow. So, does Nithiin, Tamannaah Bhatia and Nabha Natesh’s Telugu remake, Maestro, written and directed by Merlapaka Gandhi, manage to make a fist of it. Sadly, the apple falls very, very far from the tree in this case. Also Read – Bhoot Police Movie Review: No Horror, Less Comedy, More Boredom!

For those who haven’t seen Andhradhun, Maestro revolves around a talented pianist, Arun (Nithiin), who pretends to be blind, thus landing a comfy playing gig at a restaurant, only to get embroiled later as an eye-witness to the murder of erstwhile movie-star Mohan (Naresh) by his wife, Simran (Tamannaah Bhatia) and her lover, Chief Inspector Ravindar (Jisshu Sengupta).

Watch the Maestro trailer below:

Most of Maestro has been lifted frame-to-frame from Andhadhun, which is quite understandable, given how it’s best not to mess with mastery. Nevertheless, Merlapaka Gandhi and cowriter Sheik Dawood G introducing some changes, some of which are welcome. Among the other positives are J. Yuvaraj’s camerawork and S. R. Shekhar’s cuts, which succeed in both creating a visual appeal when the narrative dips while also keeping things moving at a good click despite the direction not always coming to the party.

So, if Maestro has been mostly copy-pasted, then what’s the problem? Well, that’s where the film serves as a case study at how direction can make or break the best of screenplays. The chasm between Sriram Raghavan and Merlapaka Gandhi’s skills widens as the movie proceeds till the point where you wonder if the latter simply stationed a camera and called “action” and “cut”. All the marvelous shot-taking, knowing when to speed up or slow proceedings, how long to longer the camera on a particular moment, how to ingeniously pan the camera and eke out angles that build suspense or evoke dark humour all go missing from Maestro, fizzling it down to routine thriller.

Also, as earnest as Nithiin is, and as drop-dead gorgeous as Tamannaah and Nabha Natesh are, they simply can’t match up to how Ayushmaan Khurrana, Tabu and Radhika Apte brought so much to the table courtesy of their expressions and body language. Even the supporting players like Jisshu Sengupta, Sreemukhi, Harsha Vardhan, Mangli and Racha Ravi pale before their counterparts from the original. We wonder if this again has to do with the direction. And while some changes to the script are welcome, the others seem forced, merely added to show that we can do things differently.

Should you watch it?

Maestro is a classic case of how a remake seldom matched up to the original despite it treading the same path, owing to the Director changing hands. I’m going with 2.5 out of 5 stars.