Mallika Sherawat REACTS to being targetted by moral police for bold scenes while her costars like Emraan Hashmi, Rahul Bose were never questioned; says, ‘They blame women for everything’ [EXCLUSIVE] 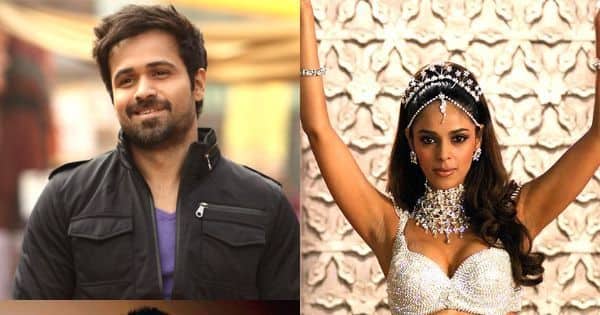 Mallika Sherawat REACTS to being targetted by moral police for bold scenes while her costars like Emraan Hashmi, Rahul Bose were never questioned; says, ‘They blame women for everything’ [EXCLUSIVE]

Mallika Sherawat and bold scenes are easily synonymous with each other. She’s by and large the OG when it comes to kissing and lovemaking on screen, pushing the envelope in Bollywood at a time when such scenes weren’t considered acceptable. After all, can we forget how much of a hue and cry her seventeen kisses in Khwahish, sex scenes in Murder, or bold content to an extent in Pyaar Ke Side Effects had created? Now, with it also came a lot of brickbats, especially from what used to be known as the moral police at the time. FilmDhamaka recently got in touch with Mallika Sherawat for an exclusive interview to gather her thought about it and why was she always targetted, but never her male costars like Emraan Hashmi, Rahul Bose or Himanshu Malik. Also Read – From Shah Rukh Khan to John Abraham: Kareena Kapoor Khan REFUSED to work with THESE 8 Bollywood stars

Opening up on the topic, Mallika Sherawat said, “That’s what the patriarchal system is. It’s always the women who are always targetted, not the men. Not only in India, but that’s all over the world. Men walk away with everything, they an get away with everything, it’s like they (those who target) blame the woman for everything. I don’t know why, but more so in India, I feel. I also think, the society wasn’t evolved, people would think differently. Plus, the media didn’t support such scenes (bold scenes) earlier, a certain section of the media. But now, the media is very, very supportive, especially toward women, and even the society has evolved. Actresses now are doing frontal nudity and it’s accepted, it’s considered very artistic.” Also Read – Fan asks Amitabh Bachchan the reason behind endorsing paan masala; here’s what the KBC 13 host replied

Watch her entire interview below:

Mallika Sherawat, as always, laying it out like it is. Also Read – Bollywood actors who were shockingly REPLACED in film sequels leaving fans disheartened