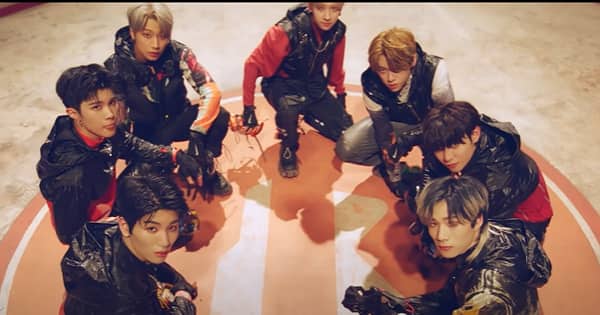 K-pop band BTS is loved across the globe. They have fans spread in every part of this world, and they are undoubtedly the best boy band currently. With their songs like Butter, Permission To Dance, Dynamite and more making their millions of ARMY get grooving, BTS consisting of seven members – Jungkook, J-Hope, V, Jimin, Jin, Suga, and RM is currently ruling the world. But it seems, there is some confusion. A rookie band named BLITZERS is leaving some of the fans confused. BLITZERS is often getting mistaken as BTS.

BLTIZERS marked their debut this year in the month of May with their song Breathe Again. The similarity between the two boy band is that both have seven members each. BLITZERS consists of artistes like Go_U, Juhan, Jinhwa, Sya, Chris, Lutan, and Wooju. However, the personalities of the members of both the boy band is pretty different from each other. Go_U serves as group’s dancer, vocalist, and sub-rapper and he is good at various sports too. Juhan is vocalist who dreamt of becoming an artist after seeking inspiration from BTS.

Jinhwa is the leader of the group. He is a rapper and a dancer. Sya is a rapper-vocalist who is reportedly inspired by iKon. Chris is a rapper who has spent considerably time in Los Angeles. Lutan is skilled at visual arts and digital drawing. His motto is to bring joy to people. While Jungkook is the maknae of BTS, Wooju is the youngest member of BLITZERS group. He is a vocalist.

Check out their song below: