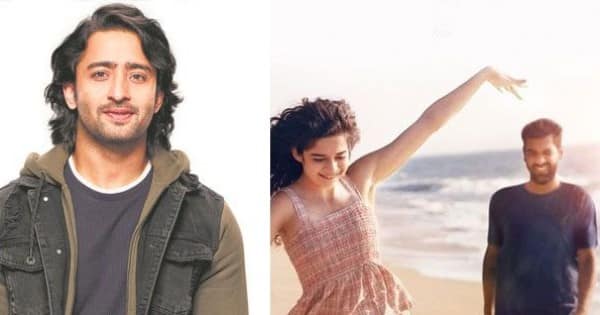 As we enter the second half of the day, we take you through the highlights from OTT world. While the makers of Mithila Palkar-Dhruv Sehgal’s Little Things announced the date of its season finale, Pavitra Rishta 2 actor Shaheer Sheikh opened up on embracing fatherhood. So, let’s meet the OTT newsmakers of the day… Also Read – EXCLUSIVE! Mithila Palkar and Dhruv Sehgal drop TRUTH BOMBS when fans seek relationship advice – watch video

Mithila Palkar and Dhruv Sehgal’s Litte Things is one of the most loved romantic series and we saw audience binge watching this, the makers announced the season finale of this realistic love tale, which is October 15. Netflix shared the release date with the caption, “We laughed with them, cried with them, now it’s almost time to bid them farewell. Par uske pehle ek momo + biryani celebration toh banti hai na? Join us for the final season of Little Things, streaming 15th October.” Also Read – EXCLUSIVE: Little Things season 2 stars Mithila Palkar and Dhruv Sehgal reveal the SURPRISING qualities that they seek in their partners – Watch video

Pavitra Rishta 2 actor Shaheer Sheikh welcomed her first child, a baby girl on September 9 with wife Ruchikaa Kapoor. The 37-year-old handsome hunk expressed her happiness of embracing fatherhood and said that he is currently going through ‘crazy range of emotions’. The actor said that he can’t describe his happiness in words.

While there rumours that Mohsin Khan and Shivangi Joshi are quitting Yeh Rishta Kya Kehlata Hai for participating in Bigg Boss 15, the latest reports suggest that the duo has been paid the sum of Rs 4 crore to participate in the controversial reality show.

Raqesh Bapat’s love confession for Shamita Shetty has been the hot topic among the audience and now the actor’s ex-wife Ridhi Dogra has reacted to it as she told a leading portal, “I am happy if Raqesh is happy. It’s his personal space.”

Three big south films, Kaanekkaane, Maestro and Annabelle Sethupathi, which released on OTT platforms, has been leaked online by piracy sites and this action might affect the legal viewership of these ventures.