Mohit Chadda and Pavan Malhotra starrer now streaming on BookMyShow, here’s how you can watch the nail-biting action thriller 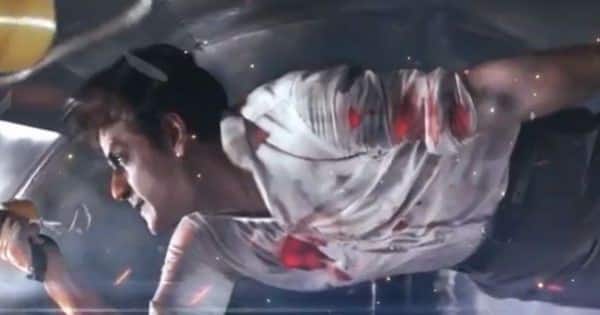 Mohit Chadda and Pavan Malhotra starrer now streaming on BookMyShow, here’s how you can watch the nail-biting action thriller

After enjoying a successful theatrical run, Mohit Chadda’s nail-biting action-thriller, Flight is now available on BookMyShow. So, the fans, who missed this film on the silver screen can now watch on their mobiles or laptops. But the film is not available for free as you can buy or rent it at very affordable prices. Talking about Flight, it narrates the story of Ranveer Malhotra, who faces deadly obstacles on a plane and tackles them to survive. Also Read – Ramprasad Ki Tehrvi, Nail Polish, Flight and more: Check out the highest-rated Bollywood movies of 2021 on IMDB

Directed by Suraj Joshi, the film also features Pavan Malhotra, Zakir Hussain, Viveck Vaswani, Shibani Bedi, Pritam Singh, and others in supporting roles. Flight was released just before the second wave of COVID-19 and impressed the audience with its intriguing plot and star performances. The film was distributed reputed Reliance Entertainment along with UFO Moviez as the latter one had said in a statement, “It’s been our absolute privilege to collaborate with the entire team of ‘Flight’ for the release of the film. Cinema has been one of the most impactful media to entertain the audience after a stressful past-year. We always come forward to support movies that will help the audience unwind from their demanding work-life. We hope this movie brings the audiences’ from all over the country back to theatres and entertains them thoroughly.” Also Read – Flight movie review: Mohit Chadda’s nail-biting action thriller will keep you on the edge of your seat

The film had garnered positive reviews from critics and audience. FilmDhamaka had given 3 stars and wrote, “Flight is a film that you’d love watching in the theatres. It has drama, action, great performances, and a story that will keep you engaged till the very last frame. It is the perfect entertainment and escape from the stressful times we have been in and are still grappling to come out of. Treat yourself to Flight this long weekend, as the character Ranveer would have said in his filmy style, ‘kya pata, kal theatre mein koi acchi film ho na ho’.” Also Read – From Haathi Mere Saathi to Bunty Aur Babli 2: 5 films that have again been postponed due to the 2nd COVID-19 wave

So, are you planning to watch Flight? Tweet to us @bollywood_life.

READ ALSO |  Rajkummar Rao-Kriti Sanon's Hum Do Hamare Do to release on this date, Sidharth Malhotra reveals how OTT has changed cinema and more