Bigg Boss OTT fame Urfi Javed shares her horrific and shocking experience of working in a web-series; says, ‘Producer made that guy touch my legs, lift my saree’ 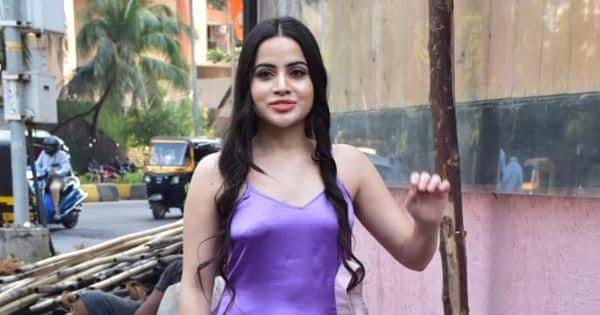 Bigg Boss OTT fame Urfi Javed shares her horrific and shocking experience of working in a web-series; says, ‘Producer made that guy touch my legs, lift my saree’

TV actress Urfi Javed, who recently garnered popularity for her stint in Karan Johar’s Bigg Boss OTT, shared her horrific and shocking experience of working in a web-series, where the producer forced her to do a lesbian scene and snatched her clothes. While talking to TOI in a video interview, recalled how she was deceived by the producer, who made her do explicit scenes and said that there was a scene where an actor, who was playing her brother-in-law was supposed to look at her but the producer turned into touching. She (producer) told the actor to touch his legs and uplift her saree so that her underwear can be seen. Also Read – ICYMI! Jennifer Winget’s desi and sizzling persona has set the internet on FIRE – view pics

She revealed that she cried and begged to producer to stop make her doing such scenes but the actress threatened to be put in jail as she signed the contract. Urfi revealed that she made her perform full-fledged lesbian scene and even snatched her clothes leaving her only in bra. Expressing her helplessness in that situation, she said, “I was so new that I didn’t have any hold. I didn’t know what to do. I was feeling so helpless. Even the other girl, she was also new, and she too had no idea that this was going to be the lengths to which they were going to make us do.” Urfi revealed that she left the series post that incident, “The next day, I stopped going to the sets. I said I cannot do this, and I switched off my phone,” said the actress Also Read – Bigg Boss OTT: Will Urfi Javed become Nikki Tamboli of the show?

READ ALSO |  Loving The Five Juanas? – check out The Handmaid's Tale, Big Little Lies, Churails and more web series where women get together to kick a**