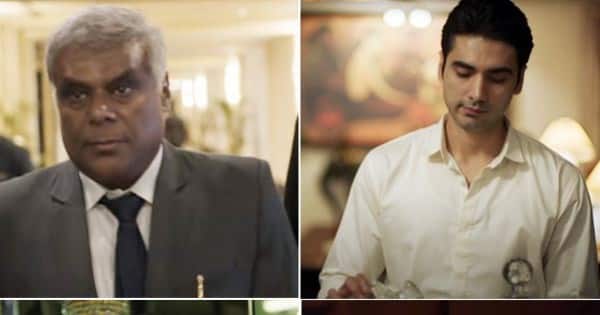 After becoming the only Indian film at the Tribeca Film Festival 2020 where it won the Best Screenplay Award, the makers of Tryst With Destiny has unveiled the trailer of the anthology series, which beautifully captures the socio economic inequalities of colour, greed, revenge and caste discrimination existing in the society. The promo narrates four stories, which are interrelated to each other and the struggle of the characters of what they want to be. Also Read – Trending OTT News Today: Vidya Balan a part of OTT’s biggest extravaganza; web series on Leander Paes and Mahesh Bhupathi in the works; Jimmy Sheirgill is thankful to OTT and more

The trailer of the internationally acclaimed anthology, #TrystWithDestiny, is here! The show is led by powerhouse actors like Ashish Vidyarthi, Vineet Kumar, Jaideep Ahlawat, Amit Sial and others. #TrystWithDestiny streaming from 5th Nov on #SonyLIV!#TrystWithDestinyOnSonyLIV pic.twitter.com/XunOeAwaB5

Talking about Tryst With Destiny, Manish Mundra of Drishyam films said, “It is an anthology we are incredibly proud of. It delves into the shocking realities of class in modern-day India. SonyLIV offers a bouquet of great content with compelling and entertaining stories, and we are excited to launch the anthology on the platform. With its release, we are certain that the series is set to widen its reach even more, given the vast reach of Sony LIV. We hope you enjoy it as much as we enjoyed making it for you.” Also Read – Inside Edge 3: Richa Chadha aka Zarina Malik drops the SCOOP on when Amazon Prime will release the web series [EXCLUSIVE]

The film will stream on Sony LIV on November 5. So, have you liked the trailer of Tryst With Destiny? Tweet to us @bollywood_life.