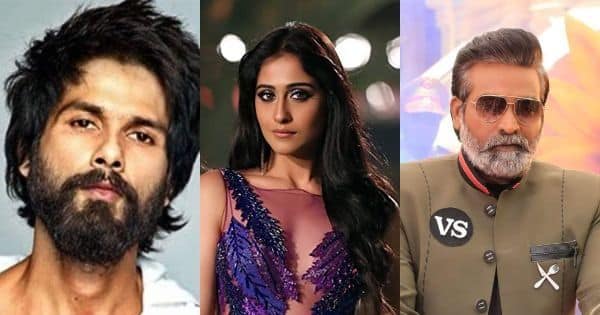 Regina Cassandra has joined the cast of Raj and DK’s web series starring Shahid Kapoor, Vijay Sethupathi, Raashi Khanna and others. According to reports, she will be seen playing Vijay’s wife in it. Reportedly, she is currently filming for it in Mumbai and will continue to do so for a month. Also Read – Super Deluxe, Soorarai Pottru, Karnan and more: 10 extraordinary Kollywood films which you can binge watch on OTT platforms

Talking to Bollywood Hungama about the project, Vijay said that Regina, Shahid everyone and everyone in the team is wonderful to work with. “I am enjoying the experience. We finished one entire schedule of the series and now there is a second schedule from October 15,” he revealed. Also Read – Trending OTT News Today: Jagame Thandhiram Trailer, The Shawshank Redemption, Sex Education season 3 and more

During an Instagram live, a few months ago, Shahid spoke about his digital debut and his fans went gaga over the news. The actor stated, “I’m very nervous about making my digital debut because I really feel that actors who might have been liked and loved on the big screen, might or might not be appreciated on a digital platform. You can’t just be okay if people like you for a couple of hours. They need to be interested in your character, connect with you and you need to hold their attention for 9-10 episodes. I don’t think I’m experienced in that space. So it would be interesting to see how people react to me on that platform.” Also Read – After Thalapathy Vijay and Kamal Haasan, director Lokesh Kanagaraj to join hands with THIS superstar for his next?

He had added, “Most of the time when I’ve finished my movies, whether it was Haider or Kabir Singh, I always used to hope I’ve been able to bring out every aspect of this character. When you have more time, it allows you to share more of him with the audience. It’ll be interesting to see how they respond to that, whether they like me in that space, whether I’ll be able to do something different as opposed to what I do in a movie.”

READ ALSO |  Sunny Leone enters a new, 'FUNNY' chapter in her life; opens up on turning into a standup comic [EXCLUSIVE]