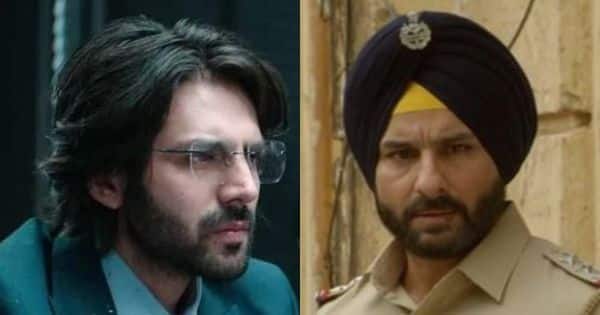 So, without further ado, here are the entertainment newsmakers of 5th October 2021:

Sacred Games has remained one of the most searched web series online. The Netflix series starred Nawazuddin Siddiqui, Saif Ali Khan, Pankaj Tripathi, Kubbra Sait among others in prominent roles. The s also set a new benchmark in the industry when the first big name from Bollywood, Saif, took the OTT route to showcase his abilities. And if you ask him to name his favourite portion from the series, this is what the actor will choose time and again… Also Read – Bingo Hell movie review: Like a game of Bingo, very few things click and most miss the mark in Blumhouse’s first Halloweeen special

When you think of India’s criminal underworld, you tend to imagine it as a big boys’ club. But there has been a slate of deadly women who have broken into its ranks. One such story, currently in the spotlight, is that of Ashraf aka Leela Paswan (Anuja Sathe) from MX Player’s Ek Thi Begum 2, who is seen fearlessly dominating a man’s world and her story is getting a lot of praise – this time from none other than Hussain Zaidi, former investigative journalist and one of India’s most acknowledged crime writers. Speaking about the web series, Hussain Zaidi said, “The underworld constitutes a wholly different universe, and it takes thorough research behind making a show based on the subject. While Ek Thi Begum Season 1 presented the story of Ashraf Bhatkar who had wreaked havoc in the underworld in order to avenge the death of her husband. The makers and actor Anuja Sathe have managed to get as close to the real and dark underworld in the show. I’ve always believed that their stories from being victims to victors makes for a fascinating watch as long as there’s no glamorization and romanticism of their lives. The second season of the series, which is inspired from true events, looks promising and kudos to the makers who have weaved the underworld on screen in a very real manner.”

Actor Amit Jairath, who was last seen in Amazon Prime show ‘Mumbai Diaries’ says he prefers to consult his mentor Nikhil Advani regarding his career over others. “I am thankful to Nikkhil Advani for giving me an opportunity – I worked closely with him in Batla House, we had an understanding, then I landed this role in Mumbai Diaries. I am still in the process of learning. I think with every project you learn something new,” he said

Staying true to its promise of new content every week, ShemarooMe is all set to release its new Gujarati comedy, Rang Rangeela Gujjubhai, on 7th October. This entertaining natak, staring renowned Gujarati actor, Siddharth Randeria, who is known for his comedy plays and famously referred to as ‘Gujjubhai’, promises to bring smile on people’s faces.

Dhamaka marks Kartik Aaryan’s digital debut and is set to release on Netflix. It also presents the young star in a never-before-seen avatar and this has set expectations high. There have been speculations around the release of the Ram Madhvani directorial, but no confirmation has come, till now.