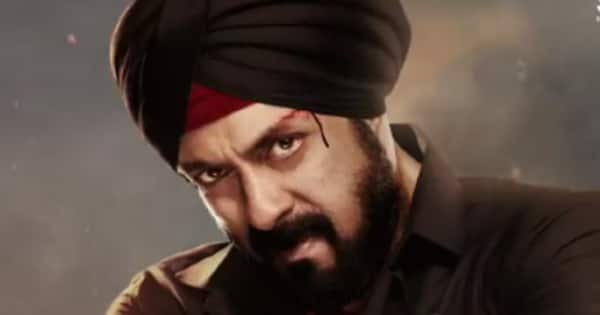 Antim: The Final Truth, starting Aayush Sharma and Salman Khan, was launched today, 25th October, at Bandra Kurla Complex (BKC) amidst a huge event, where the media, and of course, Bhaijaan’s fans, turned up with a vengeance. Also present were the film’s leading lady, Mahima Makwana and Director Mahesh Manjrekar. Thankfully, it seems like the Antim trailer had created just the necessary impact to provide the stimulant needed for both Salman Khan fans and the family audience in general to return to theatres in full force. However, the one thing that may slightly disappoint Bhai fans is the absence of a heroine opposite him, especially with Mahima Makwana being paired opposite Aayush Sharma. There appears to ve a valid reason through for said absence and the Antim team seems to have carefully thought it out, which Salman Khan graciously shed light on when the question was posed by a journalist. Also Read – Antim trailer: Salman Khan opens up on his shirtless fight scene with Aayush Sharma: ‘Told him behenoi ko nahi maarte’

Opening on why he’s not been paired opposite a gorgeous actress this time, which his fans eagerly look forward to, Salman Khan said, “See, the character didn’t need the addition of a heroine with him. It may have seem forced and may not have gelled well with the story. Plus, we didn’t want to distract the audience from the the actual plot or divert their focus from what’s important in the movie. With Aayush, the story merited a girl opposite him, but not with my part. So, you don’t see me paired opposite any actress in this movie. It’ll be something different for the viewers, too.” Also Read – Antim trailer: Salman Khan and Aayush Sharma’s police vs gangster chase keeps audience on the edge; fans say, ‘looks like total paisa vasool seetimaar mass masala’

Opening up on his shirtless fight scene with Bhai, Aayush Mehra said, “I had already given up, I took it as a lost cause. But, when you have Salman Khan in front of you, the inspiration automatically comes. Plus, he helped me a lot, gave me a lot of tips. The transformation from Loveyatri to Antim was both psychological and physical. I was very nervous before facing him (Salman), but he made me feel calm and confident and I hope that the audience now likes it.” Also Read – Antim: The Final Truth Trailer – Salman Khan and Aayush Sharma’s fierce avatars and terrific action to put box office slumber to an end

Antim: The Final Truth releases 26th November in theatres all over India, including Maharashtra.