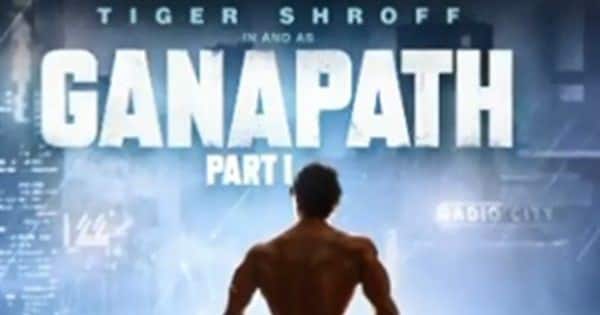 A few days back, we saw Tiger Shroff and Kriti Sanon flying to London to kickstart the shooting of their highly-anticipated venture, Ganapath. While the fans are quite about this sports action drama, the latest reports suggest that the makers have approached Amitabh Bachchan to play Tiger’s father in the film. In the film, the Heropanti 2 star plays the role of a boxer and as per the script, the character’s father too was a boxer in his earlier days. Since the role of the father is quite crucial, the makers have approached Big B but they are yet to figure out all important things like dates and other formalities. Well, if everything goes well, we will see the first collaboration of Tiger and Amitabh Bachchan in Ganapath. Also Read – Crush, cheating, controversy: The crucial role Bollywood’s leading men Sanjay Dutt, Akshay Kumar, Ajay Devgn and more played in Raveena Tandon’s life

The film marks the reunion of Tiger Shroff and Kriti Sanon after Heropanti, which marked the debut of both the actors. It is directed by Super 30 and Queen helmer Vikas Bahl and is produced by Vashu Bhagnani and Pooja Entertainment in association with Good Co. The film will hit the screens on December 23, 2022 during the Christmas weekend. Also Read – Trending Entertainment News Today: Truth about Ajay Devgn refusing to reschedule ad shoot for Shah Rukh Khan; Ananya Panday reveals all chats with Aryan Khan

Meanwhile, Tiger Shroff will be next seen in Heropanti 2, which also features Tara Sutaria in a lead role. Talking about the film, it marks Tiger’s third collaboration with director Ahmed Khan after Baaghi 2 and Baaghi 3. It will be produced by Sajid Nadiadwala under his banner Nadiadwala Grandson Entertainment. The film is set to hit the screens during the Eid weekend in 2022 and will lock horns with Amitabh Bachchan and Ajay Devgn starrer MayDay at the ticket windows. So, what are you thoughts on Big B and Tiger Shroff’s collaboration? Tweet to us @bollywood_life. Also Read – Sooryavanshi: Akshay Kumar and Ranveer Singh’s goofy dance that can be ‘harmful for future planning’ is funny AF – watch