Taapsee Pannu as Rashmi Fights Against System For Dignity 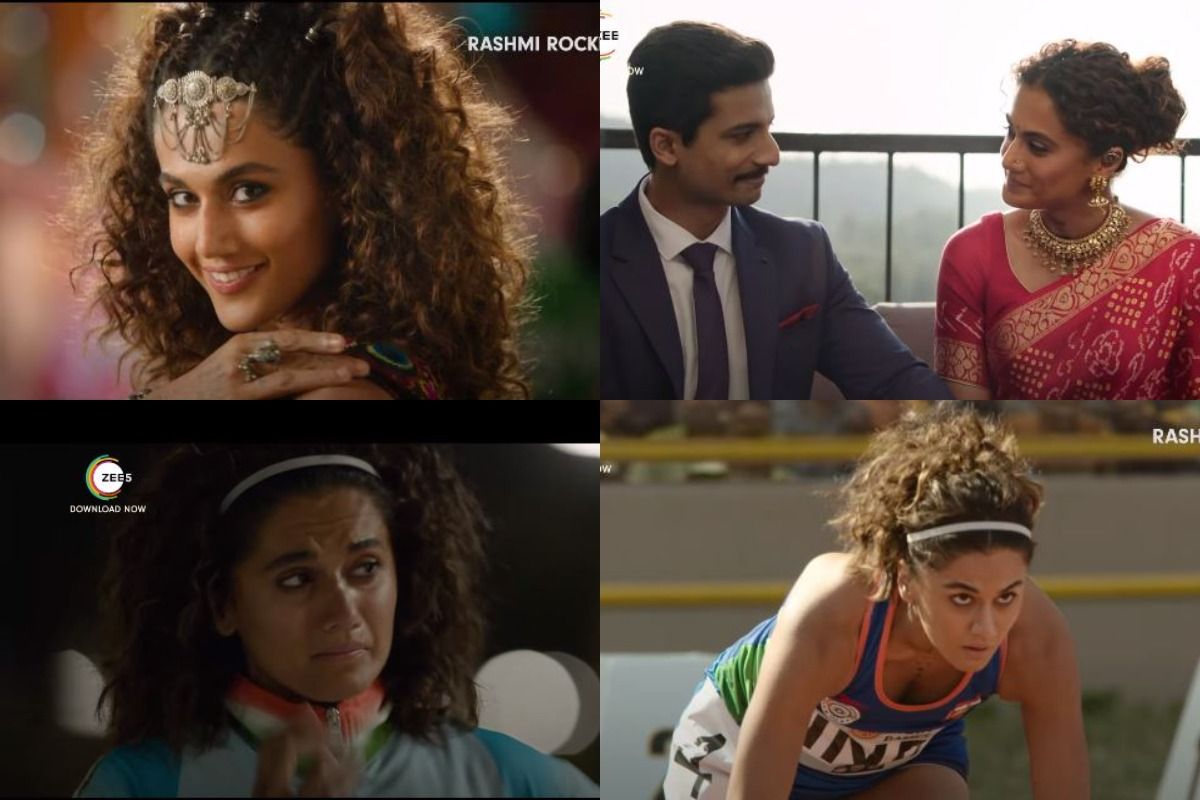 Taapsee Pannu as Rashmi Fights Against System For Dignity

Rashmi Rocket Trailer: Ronnie Screwvala’s RSVP & Mango People Media have shared the trailer of sports drama, Rashmi Rocket starring incredibly talented Taapsee Pannu as Rashmi Vira. Directed by Akarsh Khurana, the highly anticipated film will premiere on ZEE5 and promises a unique storytelling experience with their unparalleled content. Set in the salt marshes of Kutch, Rashmi Rocket is about a young girl from a small village, blessed with a gift. She’s an incredibly fast runner who dreams of crossing the finish line. In the journey to fulfilling her dreams, she soon realizes that the race to the finish line is peppered with many hurdles, and what seems like an athletic contest turns into her personal battle for respect, honour, and even her very identity.Also Read – Rashmi Rocket Release Date: Taapsee Pannu Starrer All Set To Premiere This Dussehra On Zee5

The trailer of Rashmi Rocket lives up to the movie title and showcases an inspiring narrative of its lead protagonist and her journey to become Rashmi Rocket. It’s full of impactful dialogues, emotions, and a lot of drama with Taapsee Pannu’s acting prowess taking centre stage. The versatile actress appears strong and sensitive in equal parts which balances the palpable energy of the film. Giving her a thrust is the impeccable and talented supporting cast. Don’t miss the moment with Taapsee holding India’s flag that will surely give you goosebumps and the belief that the trailer was worth the wait! Also Read – Annabelle Sethupathi Movie Review: Vijay Sethupathi, Taapsee Pannu’s Film Lacks Comedy, Is Racist and Frustrating To Watch

Always the one to take on hard-hitting and socially relevant subjects, Taapsee Pannu says, “This film is very differently special. I’ve always been approached when either the script or the director is ready to make the film but one line of this story fell in my lap in Chennai and then from there to it becoming a full fledged film has been a feeling I haven’t experienced with any other film before. Everyone was just so sure about the story from day 1 that it was never a tough job to convince any of the stakeholders to join hands and give their best for this film. Hence the result of this film will affect me a lot more than my other films. Also, I’m extremely proud of it.” Also Read – Taapsee Pannu’s Wedding Plans: Sister Shagun Reveals ‘Recce Has Been Done, Seen Lot of Locations’