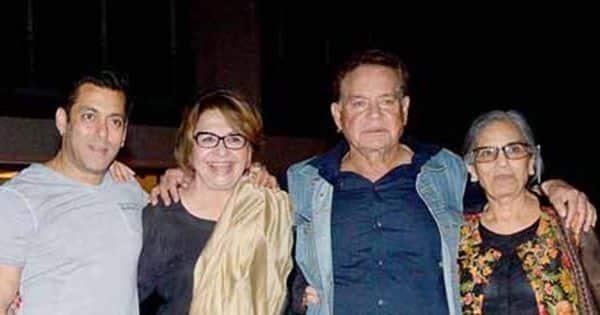 Veteran actress and dancer Helen has been the face of the industry during the 70s and 80s. She played a major role in shaping the Indian film industry by giving us memorable dance numbers that are still etched in everyone’s heart and mind. She was undoubtedly one of the most beautiful women of her time that even noted scriptwriter and a handsome man like Salim Khan fell in love with her and they got married. However, there was a time when Helen had admitted to feeling guilty about marrying Salim Khan who was already married to Sushila Charak with 4 children, Salman Khan, Arbaaz Khan, Sohail Khan and Alvira Khan. Also Read – Before Byju’s paused ad featuring Shah Rukh Khan THESE 5 commercials featuring Bollywood celebs were BANNED for being controversial – view pics

Salim Khan had met his first wife Sushila even before his career took off. The two fell in love with each other and got married after 5 years of dating. They had 4 children together. As the time went by, Salim got busy with his work while Sushila looked after her children. It was the same time when Salim and Helen crossed each other’s path. As they continued to work together, the distance started narrowing and got struck by the cupid. After seeing each other for a long time, Salim and Helen decided to take their relationship to the next level and got married in 1980. Also Read – THESE divorced Bollywood hunks are in live-in relationship with their girlfriends – view complete list

“I won’t be able to say when exactly I fell in love with her or decided to marry her. After seeing her for quite a long time we decided to honour our relationship. We got married in 1980,” Salim Khan had said at a press conference. But their marriage didn’t get Sushila’s approval and neither from their children who were not ready to accept Helen into their lives. Also Read – Whopping alimony, property worth crores and more: Check out the 5 MOST expensive divorces in Bollywood that’ll make your jaw drop to the floor – view pics

Talking about her guilt, Helen had said in one of her interviews, “The fact that Salim was a married man did disturb me and I did felt guilty in the beginning. Something about Salim set him apart from rest of the industry men. I respected him tremendously as he tried to help me out without trying to exploit me.”

Talking about Helen’s cordial relationship with the family members, Salim had said, “As kids they had their hostility. But they reacted the way their mother did. As I told you very honestly, it wasn’t as if Salma accepted the relationship happily straightaway and thanked me for it or said, you deserve an Oscar for it. So at that time there was hostility from the children.”

With time, Helen got the much-needed acceptance in the Khan family. Not just Sushila aka Salma, but her children too found her endearing and treated her the same way as their mother.