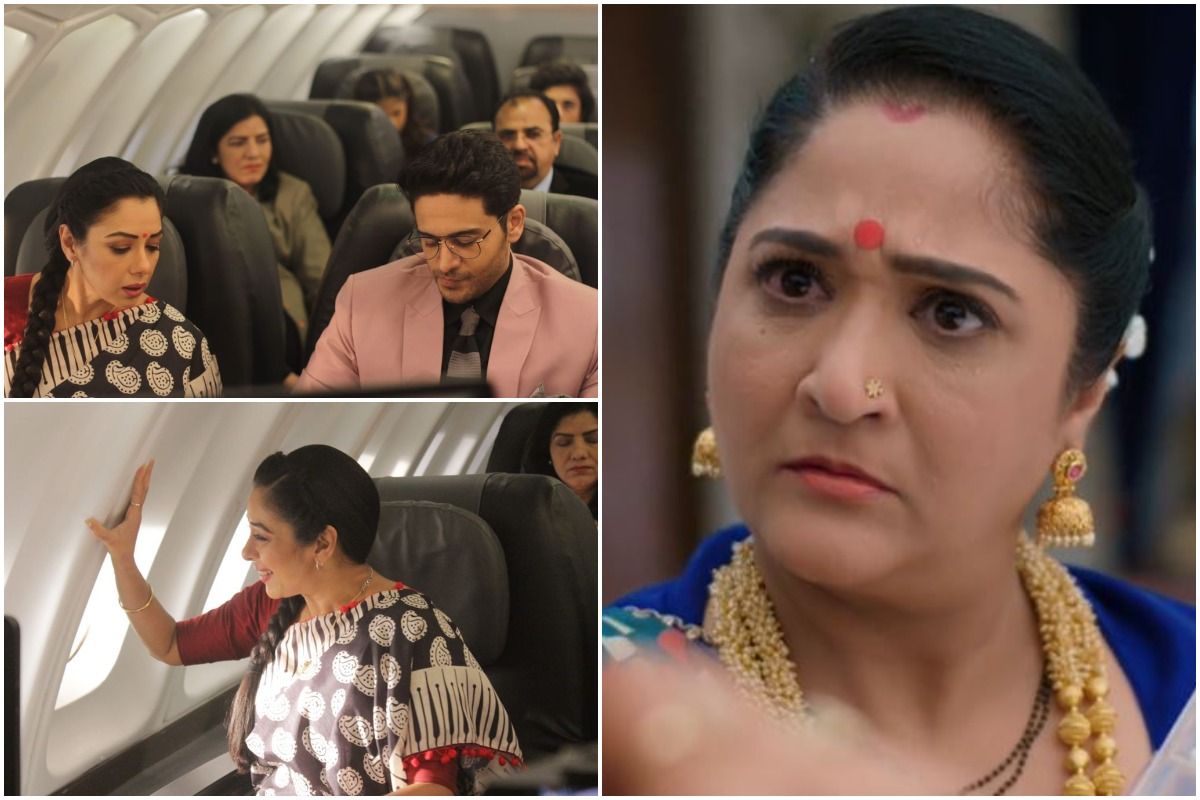 Anupamaa Spoiler Alert: In the upcoming episode of Rupali Ganguly starrer show, Anuj Kapadia informs Anupama that they will have to travel to Mumbai for a business meeting. While Paritosh and Baa ask Anupama to refuse for the same, she decides to attend the meeting. What follows is a massive drama in the Shah family.Also Read – Anupamaa Fame Rupali Ganguly Dolls Up In Floral Kaftan Kurti As She Poses By The Pool, Fans Call Her ‘Beyond Beautiful’

Recently, we saw how Anuj Kapadia and GK invite the Shahs over for the Ganpati festival celebration. In the upcoming episode, Anupama informs everyone that she had heard from Devika that Anuj is very good at arm wrestling. Vanraj hears this and challenges Anuj to arm wrestle with him. Paritosh also takes this as an opportunity and taunts Anuj that no one can stand in front of his father. Vanraj too taunts Anuj during the arm wrestling match and wins the challenge. Also Read – Anupamaa Interesting Twist: Vanraj And Anuj Kapadia do Arm-Wrestling; Who Will Win?

Moreover, in the upcoming episode, Anuj Kapadia gets a call for the inauguration of one of his projects in Mumbai. He then asks Anupama to come with him as it will be a learning experience for her. This leaves Vanraj, Baa and Paritosh angry. While Vanraj maintains silence, Paritosh tells Anuj that his mother won’t be able to do it all. However, Anuj gave paritosh a befitting reply saying that his mother is grown up enough to make her own decisions. Anupama agrees to go with him, leaving Baa shocked. Also Read – Anupamaa Fame Rupali Ganguly Looks Enchanting In Black Polka Dot Dress, Fans Say ‘Anuj Will Go Crazy’

Apart from this, back at home, Baa lashes out at Anupama for going on a trip with ‘paraye mard (stranger man)’. However, Anupama assures Baa that nobody can even touch her without consent.

What will happen next? How will this Mumbai trip go?