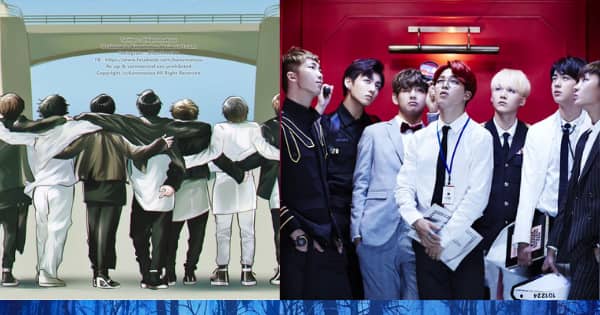 Bangtan Boys aka BTS work very hard. In fact, extremely hard as they dance and sing at the same time on stage. And their dance choreographies are not as simple as one would imagine. There’s a lot of thought processes involved in the choreography of BTS’s songs. While there are some songs that are fairly easy to recreate and dance on, there are some which seem like they can be done only by professional dancers. So today, BTS ARMY, we are conducting a poll asking y’all to vote for the toughest dance choreographies of BTS’ songs. Let’s see the contenders: Also Read – Throwback Time: When Ranbir Kapoor asked Natalie Portman for a picture, but was angrily told to ‘get lost’ — deets inside

BTS’s DOPE is choreographed by husband-wife duo Keone Madrid and Mari Madrid. The two are known for their works in So You Think You Can Dance and The Ellen Show. Carlo Darang assisted Keone in this one. Also Read – Black Swan actress Natalie Portman on being sexualized in the media at the age of 12: It took away from my own sexuality

BTS’ ON remains one of the most difficult choreographies. It has been choreographed by Sienna Lalau who also appears in the music video of the same. The hook step is so difficult that one may have to take a breather after watching it. Also Read – Sushant Singh Rajput wants to do a dance-based film like Black Swan

Fire rides high on energy a lot. Keone Madrid has done a fabulous job with the choreography of the same. Jimin outshines everything in Fire’s hook step.

Choreographed by Christopher Martin with Keone and Mari Madrid, DNA is also one of the most popular numbers by BTS.

If you can do the hook step of BTS’ Dionysus on point and at the perfect timing, Congratulations, you truly are a BTS fan. Sienna Lalau is said to have choreographed Dionysus as well.

Brazilian-born choreographer Sergio Reis choreographed septet’s Black Swan performance. It has a lot of individual elements like ON. Before ARMY grab our neck, we have to say that there are a lot of choreographers who have worked with BTS on various songs. An honourable mention to Son Sungdeuk who has been associated with BTS since the inception of the band.

Anyway ARMY, do vote for the song you think is the toughest. Vote here: