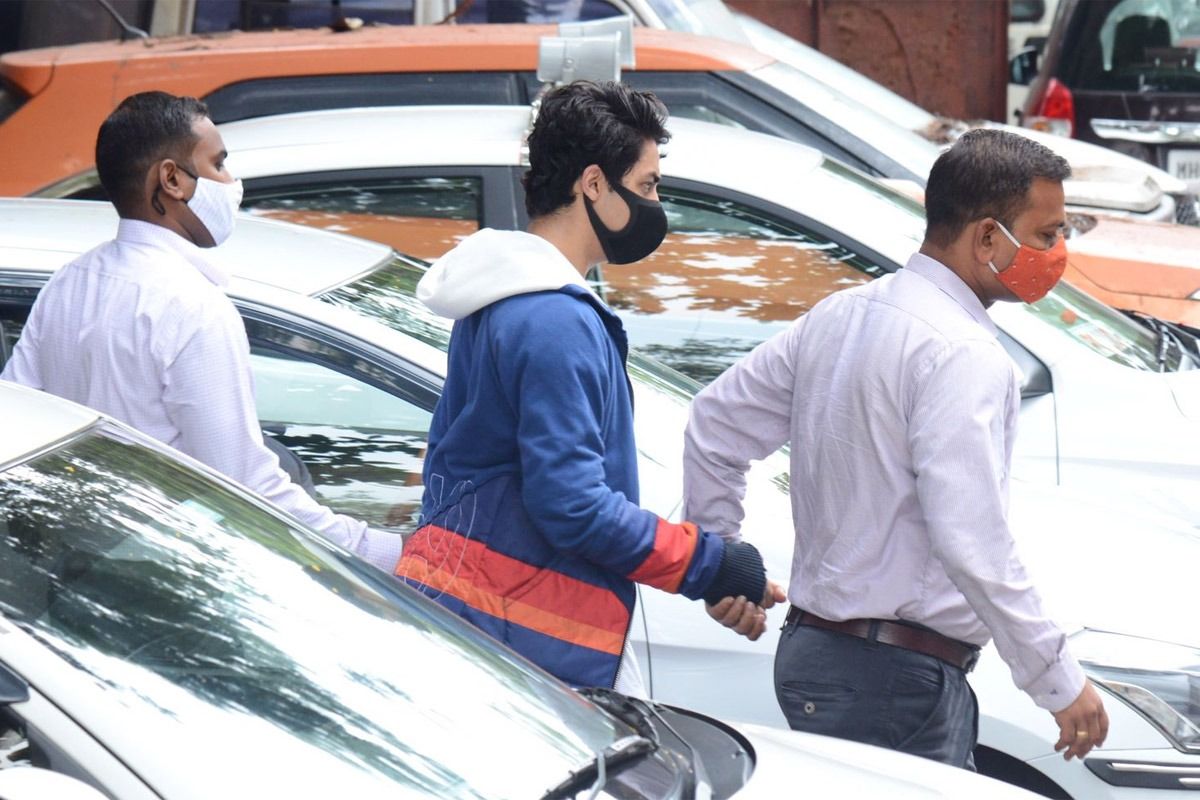 Mumbai: Bollywood actor Shah Rukh Khan’s son Aryan Khan’s bail plea was rejected by a Mumbai court after he was remanded in 14-day judicial custody on Thursday. As per the reports, Aryan Khan will not be given any special treatments inside Arthur Road Jail. As per the CNN-News 18 report, they will be given no special treatment for Aryan, and that he had not made any special requests. The sources stated that he will be treated like any other prisoner.Also Read – Aryan Khan’s Full Statement in Court During Bail Hearing on Friday | 6 Points

He will be now lodged inside a quarantine cell made inside the Arthur Road Jail compartment for three to five days, as per the CNN-News18 report. While their Covid-19 RT-PCR test is negative, according to jail guidelines, new prison inmates should be kept in a quarantine cell for three to five days. As per the report, Aryan will be lodged in barrack number 1, which is the special quarantine barrack on the first floor of the jail and only six of them are lodged in this barrack. They have not been given any uniform as undertrials. Also Read – Aryan Khan’s Bail Rejected, Shah Rukh Khan’s Son Kept at Quarantine Cell of Arthur Road Jail

Aryan and other accused earlier tested Covid negative and were declared medically fit. Sameer Wankhede, zonal director of NCB had requested the court to keep the accused at the anti-drug probe agency’s office in Mumbai as the jail does not admit prisoners without a Covid-19 test report. Also Read – Mumbai Drugs Case: Sushant Singh Rajput’s Lawyer Vikas Singh Supports Aryan Khan, Says ‘no Recovery, no Case’

On Friday, Metropolitan Magistrate RM Nerlikar rejected the bail application saying it is not maintainable, which means the forum chosen to seek bail was incorrect. The bail plea application has to be relegated to the Court of Sessions first and then, Aryan can approach High Court. Aryan Khan’s lawyer Satish Maneshinde argued in the court, “I am not saying Offence is bailable. Bailable or not. Assuming they are non-bailable, my submission has been based on all judgments. The day milord grant judicial custody, the prosecution cannot say you are not regular court for bail or go to a special court.”

Aryan Khan said during the hearing, “Nothing much emerged in 5 days and that’s because there is nothing. I am from a respectable family and I am not likely to abscond.”

On the other hand, ASG Singh argued that it will have to be considered how influential people are and if there is a chance of tampering. He also states that this is not an isolated case and any sort of protection in the nature of bail would hamper the investigation.

On Thursday, Aryan Khan was remanded to 14-day judicial custody. He was arrested on October 3, following the drug bust at a rave party in Mumbai along with his friend Arbaaz A Merchant, model Munmun Dhamecha and five others.