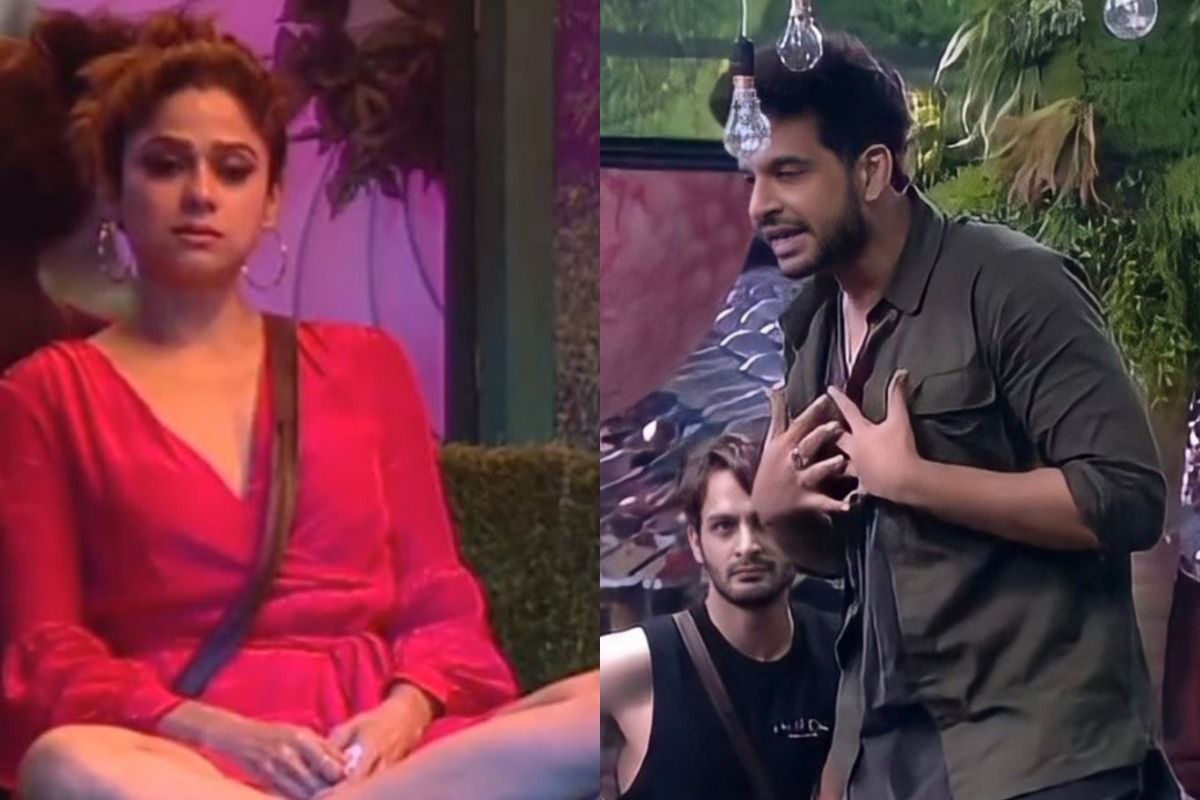 Bigg Boss 15 Highlight: In tonight’s episode, Bigg Boss announces the nominations and informs that since Pratik damaged the house property, as a punishment, all the 13 contestants who are currently residing in the jungle area of the house, get nominated for this week’s elimination. After the decision, Vishal gets angry for getting nominated due to Pratik. In anger, Vishal tells to the Bigg Boss that he can only nominate him, but his fans are the ones who save him. Vishal further says that Bigg Boss is a coward as he did not mention Pratik getting physically violent with Jay.Also Read – Bigg Boss 15: Karan Kundrra Calls Shamita Shetty ‘Aunty’, Her Mom Requests Salman Khan to Speak Against Age-Shaming

Pratik later told Karan that he wants to apologise to everyone. Karan responded by saying that he should apologise to everyone by going to them. Umar and Afsana then said that he really wants to apologise to everyone, then he should return the map as compensation but Pratik refused to do so. Tejasswi then talks to Shamita and Nishant and asked them to return the map. However, they refused to do so. She then claims that nomination decision is unfair. Pratik then tells Meisha that it was not his intention to get all contestants nominated. Also Read – Bigg Boss 15: Bigg Boss Punishes Pratik For Destroying House Property By Nominating All 13 Jungle Praanis

Nishant and Pratik tear the map and she hides the pieces. The next morning, housemates get excited as they get a chance to save themselves from nominations. Vishal asked Donal why she is not cooking, to which, she said that if he will ask her to cook in front of everyone, she will definitely cook. Donal said earlier that she would not cook after her verbal argument with Tejasswi where the former told the latter that she can’t trust her. It all started after the cooking gas of the jungle area’s kitchen cylinder got over. Shamita came to help them and asked them to give them raw vegetables and they will cook and give it to them. But, Tejasswi said that she will cook. Donal, too, supported Tejasswi and said people like food cooked by her so she has to cook by herself. Shamita defended the argument by saying that every housemate needs to follow Bigg Boss rules and if they fail to do so, they will be punished. She further added that it is important for the food to be cooked and not important who is cooking it. The house rule clearly states that the contestants residing in the jungle area are not allowed to enter the main house until they earn it through the tasks.

Later, Tejasswi gets into an argument with Afsana after the latter asked her to pass the butter. Pratik and Nishant try to favour Afsana. Karan asked Pratik and Nishant not to instigate Afsana as there is enough for her to deal with in the house. They start to argue with each other when Karan asked Nishant and Pratik to go to the house or else Afsana might suffer a panic attack.

During the task, Shamita Shetty, Nishant Bhatt, and Pratik Sehajpal get into a fight after Karan Kundrra and others play strategy to break their team.