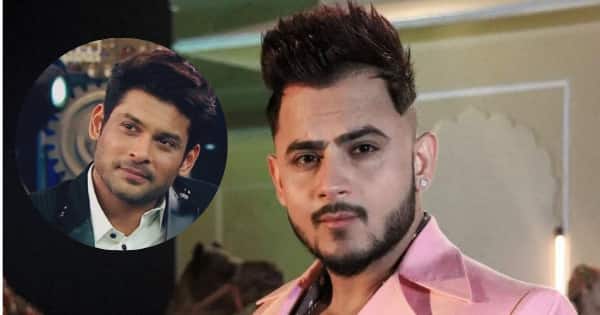 On Thursday, Sidharth Shukla passed away after suffering a heart attack. The 40-year-old actor was hale and hearty but complained about uneasiness the night before. He had cold water and dinner after which he went to sleep but did not wake up again. His mother found him unresponsive when she went to check on him when he did not get up for his gym session. He was declared dead upon arrival at the hospital. His demise shocked the whole country. Now, the contestants who were locked inside the house of Bigg Boss OTT have not been informed about his demise. This Sunday we saw Millind Gaba and Akshara Singh getting eliminated from the house. They learned about his demise after getting out. Also Read – Bigg Boss OTT: Gauahar Khan LASHES out at Divya Aggarwal for calling out Neha Bhasin about the latter’s underwear

Now, in an interview with ETimes, Millind Gaba has reacted to Sidharth Shukla’s untimely demise. He reminisced about how Sidharth and Shehnaaz Gill had entered the house just a couple of weeks ago. He recalled their interaction. “When he walked inside the Bigg Boss OTT house, he came in with a lot of positive aura. He gave a big brother vibe. I really felt that I have got a big brother who came inside to guide us all,” Millind told the portal. He also spoke about Shehnaaz for guiding him to come out of his shell and play the game. Also Read – Trending OTT News Today: Sonia Rathee’s heartfelt post for Sidharth Shukla, Alvaro Morte’s epic reaction after watching Money Heist 5 and more

READ ALSO |  Bigg Boss 15: Rubina Dilaik does some last-minute shopping before she rumouredly heads off to Nagpur for Salman Khan's show

Millind said that he couldn’t process the dil Se Dil Tak actor’s demise. He added, “When I came out and heard about Sidharth’s death it shook me from inside. I couldn’t process the news. I couldn’t handle it nor was I able to accept it. Whatever has happened, it is very unfair and it shouldn’t have happened. Bahut galat hua hai… and when I heard how he passed away, his head was in Shehnaaz’s lap, I was disheartened. It is very tragic.” Also Read – RIP Sidharth Shukla: ‘Mera rishta kabhi nahi tutega,’ when Shehnaaz Gill spoke about her bond with the late actor on Bigg Boss OTT

He prayed for his soul before signing off.