Vidhii Pandya slams Donal Bisht for making an issue out of Karan Kundrra’s ‘kamar’ comment; says, ‘You are really accusing him’ 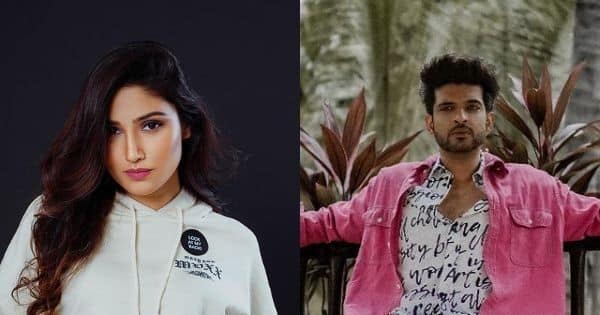 Vidhii Pandya slams Donal Bisht for making an issue out of Karan Kundrra’s ‘kamar’ comment; says, ‘You are really accusing him’

One of the most shocking things about Bigg Boss 15 was the elimination of Vidhii Pandya and Donal Bisht. While Vidhii Pandya has been praising the housemates, Donal Bisht has made it clear that she feels cheated. The Ek Deewana Tha actress was slowly coming into her own on the show. It would have been interesting to see her ahead. It is obvious that she was without any friends on the show for the greater part. Just before her exit, she had been bonding with Umar Riaz. Fans lovingly called them UmNal. Many want Donal Bisht back on the show. Also Read – Bigg Boss 15: Karan Kundrra FINALLY confesses his feelings for Tejasswi Prakash; says, ‘mujhe jo chahiye woh main leke rahoonga’

In an interview to Hindustan Times, she was asked about the kamar comment made by Karan Kundrra. She told the paper, “He used to say all that to me. Unka perspective hai, unko kamar dekhni hai. Maybe woh ladkiyon mein yehi dekhte honge (That is his perspective, that he wants to look at waists. Maybe that is all he sees in women), I don’t know.” She said that she told Karan Kundrra that she wore clothes for herself and not him. Now, Vidhii Pandya has slammed Donal Bisht in a statement. She has said that Donal never took any objection back then but is talking now. Also Read – Bigg Boss 15: Salman Khan to make Katrina Kaif reveal all about her wedding plans with Vicky Kaushal? Read details

Karan Kundrra is one of the top faces of the season. The TRPs of the show have been a disappointment so far. As per rumours, the makers held an urgent meeting to make some changes that might bring in the TRPs. It seems the budget of the show is very high. Donal Bisht has slammed the makers saying that they would call people like Tejasswi Prakash, Karan Kundrra, Jay Bhanushali and Akasa Singh quite a few times to the confession room. When asked they would say, it would say some personal message has come. Also Read – Bigg Boss 15 SHOCKER! Majority of fans feel that Miesha Iyer’s feelings for Ieshaan Sehgaal are fake — view poll results

READ ALSO |  Do you think Shamita Shetty and Vishal Kotian were equally wrong in their ugly fight with Afsana Khan? Vote Now