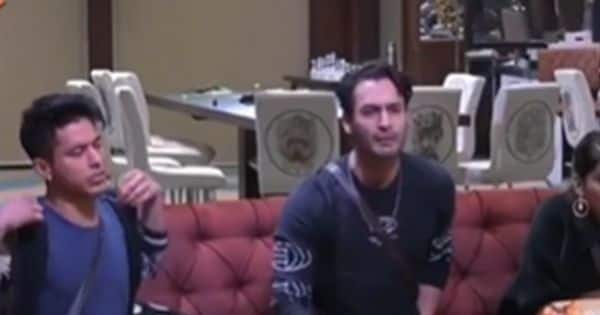 Bigg Boss 15 saw a good episode after many days. The contestants were given a task to elect a couple of people whom they felt would provide good entertainment if they were pitted together in a captaincy contest. The names that were chosen due to consensus were Vishal Kotian, Jay Bhanushali, Karan Kundrra and Pratik Sehajpal. But the two contestants who played spoilsports were Simba Nagpal and Pratik. Both of them said that they saw themselves as contestants as per aapsi sehmati. These two were adamant that Bigg Boss told them to decide as per aapsi sehmati and not bahumat (majority vote). As a result, the task was cancelled. Also Read – Bigg Boss 15, Day 27, Live Updates: Tejasswi tells Karan that she does not like his friendship with Nishant and Shamita

The production team had to remove the props for the task. Everyone blamed Pratik Sehajpal for being so obstinate. He said that he is sure that he wants to play for himself. People also scolded Nishant Bhat for siding with him. He told people not to blame him for what Pratik did. But audience is liking how Pratik can be opinionated and believes is playing against the herd mentality. Take a look at the tweets… Also Read – Bigg Boss 15: Karan Kundrra REVEALS the real reason behind his breakup with Anusha Dandekar, ‘Usko bhadkane wale bahut hain’

Ppl i really love #PratikIsTheBoss he fights like a lion.#SimbaNagpal stand for hmself.#UmarRiazRulingHearts took stand against all the sh*t ppl were saying.

Karan jay teja vishal they all are bullies. Yhey want to control them.
Today Umar n Simba show them their place. #BB15

So, today’s episode proved that #PratikIsTheBoss of #BB15 .. Only #PratikSehejpal takes stand for himself and other HMs play for Karan Kundrra.. #BiggBoss15

I like #PratikSehajpal. But let’s call a spade a spade. Pratik got chances to become captain in the both last captaincy tasks. If he did eventually give up today’s contendership, he would get so much appreciation from audience. I hope better sense prevails next time #BB15

Extremely proud of #PratikSehajpal for taking stand for himself.He even helped Simba understand the importance of standing for oneself.Why should he sacrifice his contendership for anyone else when he knows that nobody else will ever support him #PratikIsTheBoss #BB15 #BiggBoss15

BB is a show about ur voice and ur stands. Standing up for urself against everyone is winner quality.