THIS contestant to get ELIMINATED this week from Salman Khan’s show? Here’s what we know 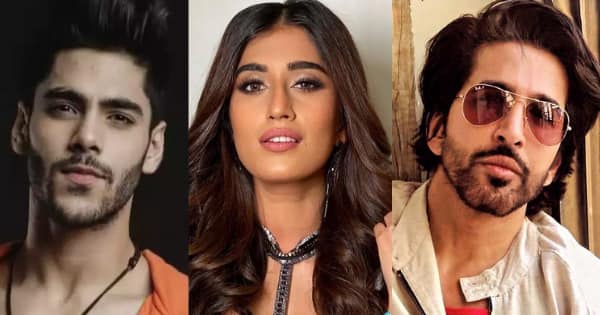 THIS contestant to get ELIMINATED this week from Salman Khan’s show? Here’s what we know

Bigg Boss 15’s Weekend Ka Vaar will take place tonight. Salman Khan is likely to grill some contestants and also praise some for their bad/ good game this past week. Last week, we did not see an elimination taking place. It so happened because as a punishment for their constant rule-breaking. Bigg Boss had asked housemates to name two contestants with the least contribution. And in a thumping majority, Donal Bisht and Vidhii Pandya were eliminated. This week eliminations will take place and one more contestant will leave the show. For the uninitiated, in the bottom three as per the tasks and nominations are Simba Nagpal, Vishal Kotian and Akasa Singh. Also Read – Bigg Boss 15: Anusha Dandekar puts up cryptic posts after Karan Kundrra talks about their split inside the house

Talking about Simba Nagpal, the actor has been steadily amping up his game. In the initial few days (two/three weeks) Simba took time to observe and form connections. He was very firm with his opinions. He has been strategizing and playing the game well now. Just a couple of days ago, we saw a huge surge in the voting trends for Simba. Also Read – Bigg Boss 15: Do you feel that Tejasswi Prakash wants to isolate Karan Kundrra from the housemates? Vote Now

On the other hand, Vishal Kotian who started out really well on the show initially has been losing out on friends. Netizens called out his rude behaviour when Hina had appeared as a guest last week. Jay Bhanushali, Shamita Shetty, Karan Kundrra, Tejasswi Prakash have been maintaining a distance from him too. Also Read – Bigg Boss 15: Fees earned by Tejasswi Prakash, Karan Kundrra, Jay Bhanushali and other contestants per week will make your eyes pop

Talking about Akasa Singh, the singer has been playing the game but focussing on connections more. She is very close to Pratik Sehajpal inside the house. She is also friends with Karan. Netizens, however, weren’t impressed with her game so much. When Donal and Vidhi were evicted, netizens had expressed anger saying the contestants should have taken Akasa or Simba’s name instead. The latest social media buzz says that it is Akasa who may get evicted. It is all a conjecture based on the previous female contestants’ eviction. The eviction happens on Sunday so, it remains to be seen who will be eliminated this week.

READ ALSO |  Do you feel Raqesh Bapat’s equation with Shamita Shetty meant that he was saved and Neha Bhasin was eliminated? Vote now