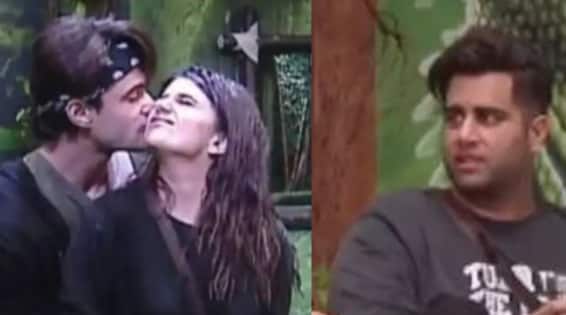 Today, almost an hour of Bigg Boss 15 was devoted to Ieshaan Sehgaal and Rajiv Adatia’s fight. The two are not on talking terms now. The fight happened because Rajiv who is the new wild card on the show felt that he was being ignored by Ieshaan Sehgaal on the show. He said that he knows Ieshaan Sehgaal since years now and their relationship is a very deep one. Well, Sehgaal who is a model is badly sandwiched between his BFF and girlfriend now. Ieshaan told him that he did not do a good thing by saying that their bond was a special and deep one. He said this is making it look like they were in a relationship, and cast aspersions on his sexual orientation. Also Read – Bigg Boss 15: Fans feel that Shamita Shetty unjustly disqualified Umar Riaz from the task — read tweets

Ieshaan Sehgaal said that he had professed his love for Miesha Iyer on national TV. He said that Rajiv Adatia was a friend who helped him when he was totally devastated after a breakup. However, Ieshaan said his priority on the show was Miesha. He said he would not tolerate any more taunts on their relationship. He said no one is authorized to ask him how can fall in love in just a couple of days. Jay Bhanushali also told Miesha Iyer that Ieshaan was ready to stick by her. Also Read – Bigg Boss 15, Day 26, Live Updates: Rajiv tells Miesha that Karan has poisoned Ieshaan’s ears

Karan Kundrra also told Miesha that Rajiv is a possessive person and could be lying that Ieshaan’s family does not like Miesha. Anyways, what do you feel about Ieshaan Sehgaal’s stand. Do you feel that he is right in siding with Miesha Iyer or should he stick by his buddy of five years? Vote Now! Also Read – Bigg Boss: Shehnaaz Gill, Asim Riaz, Pratik Sehajpal — 7 contestants who became overnight sensations because of Salman Khan’s show

READ ALSO |  Will it be Pratik Sehajpal Vs Umar Riaz on the show? Fans flood Twitter with reactions in anticipation