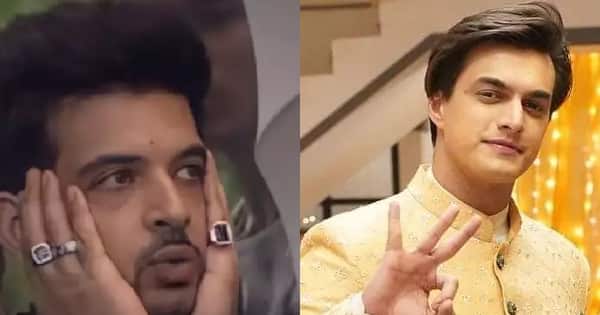 It is time to wrap up the day but not without a glimpse of all the trending news that kept Television stars in the headlines. Television’s controversial show Bigg Boss 15 of course made the maximum noise. Stars like Mohsin Khan of Yeh Rishta Kya Kehlata Hai also ruled the headlines. So without further ado, here are all the updates. Also Read – Bigg Boss 15: THIS wild card entry to play havoc in Karan Kundrra’s life inside Salman Khan’s show – read deets

Mohsin Khan who essayed the role of Kartik Goenka in Yeh Rishta Kya Kehlata Hai took to his Insta stories to bid his final goodbye to the show. He shared two pictures. One is of the first shot, and the second is of the last shot. He captioned it as ‘5.5 years Mashallah.’

On Instagram, Divyanka shared a few pictures from small party that her family threw for her to celebrate her Khatron Ke Khiladi 11 journey. She wrote a very sweet caption with it.

Bigg Boss 15’s contestant Umar Riaz’s father took to Twitter to slam Farah Khan who stated that the contestant is following Asim Riaz. He tweeted, “Waw absurd analysis by Farah Khan exactly not by her to blame Umar, not to follow the pattern of Asim is a question mark for me. What she wants to convey, both brothers so have similarities but they act according to their own temperament and understanding.”

Kapil Sharma opens up about his spine injury

In a latest video, Kapil Sharma has opened up on his spine injury and how he was forced to shut The Kapil Sharma Show because of the same. He was quoted saying, “I suffered this again in January 2021. I had so many plans but I had to stop everything. I had to take my show off-air because of the injury. This pain leads to a change in your behaviour, you start feeling helpless because you can’t get up from bed. And then people start telling you that you will gain weight by lying down all the time. You should start liquid diet. A person is already in pain and someone gives you a salad to eat, your pain is doubled. I have suffered a lot.”

READ ALSO |  Shivangi Joshi turns emotional as she talks about the experience of playing Naira and Sirat; says, 'It’s rare to get a chance to...'