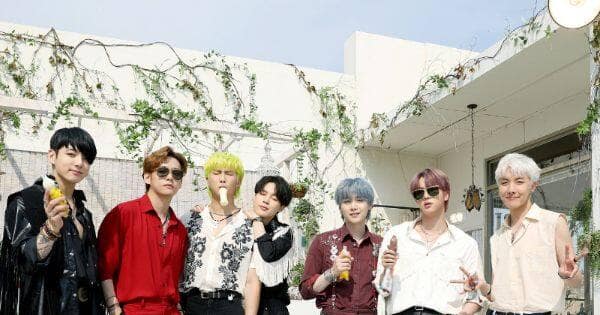 K-pop band BTS is famous across the globe and their popularity has been put to good use as their campaign with the UN has managed to collect a great amount. They have collaborated with the UN to raise awareness and funds to end violence and abuse against children. Reportedly, their campaign has raised $3.6 million and generated millions of tweets during four years of their collaboration with the UN. The campaign is called Love Myself. Also Read – BTS Army, did you know? The Bangtan Boys hate vegetables and THESE pics are proof

In a statement shared by the band, the septet said, “We as a team and as individuals grew, as well.” They further added, “We hope that many people felt how the love received from others can become the power that allows them to love themselves.” BTS’ fans known as ARMY has played a huge role in making this campaign successful as they helped promote the message through social media hashtags and more. Merchandise and BTS’ 2018-2019 “Love Yourself” world tour was also successful in promoting the message. In 2019, BTS recoded a video for the children’s agency, called UNICEF, urging people to ‘choose kindness.’ Also Read – Do you know? BTS members don’t like big hotels rooms and the reason will make ARMY so proud

BTS’ Permission to Dance was filmed at UN headquarters and the video managed to get maximum traffic. UNICEF Executive Director Henrietta Fore said in a statement, “The groundbreaking way in which BTS has helped spark a positive message with its ARMY is simply unmatched and incredibly invaluable.” BTS plans to keep up with the campaign. Also Read – BTS sweeps away 5 big trophies at the Fact Music Awards 2021; ARMY floods Twitter with congratulatory tweets

Currently, BTS is trending because of their latest song My Universe along with American rock band Coldplay led by Chris Martin. The song has already become a no 1 on Billboard Hot 100 chart.