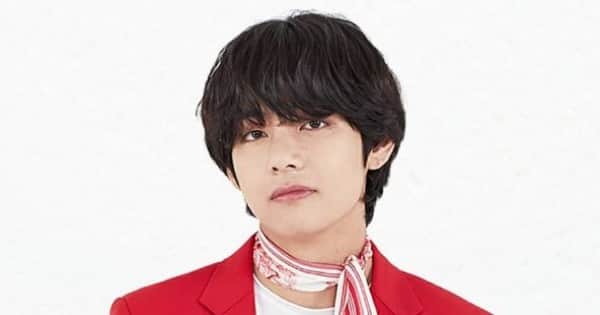 While the ARMY loved the ‘Permission To Dance’ concert, the multi-talented band member of BTS, V was not participated in any choreography due to his calf injury. BigHit music had shared this news through an official statement and revealed that V has felt pain in his calf while rehearsing and after medical consultation, he was suggested to take rest and avoid choreography for time being. Despite the absence of his dance moves, V managed to won the hearts of the audience because of his powerful voice. Also Read – Deepika Padukone, Ayushmaan Khurrana, Disha Patani and other Bollywood stars who ‘purple’ BTS and are a part of the ARMY

EVEN THO KIM TAEHYUNG IS NOT DANCING HIS STAGE PRESENCE IS STRONGER THAN EVER.

Jeon Jungkook singing ” Don’t worry my love none of this is a coincidence” while reaching out his hand to Kim Taehyung! I’m crying taekook ?#PermissionToDanceOnStage #PTD_ON_STAGE pic.twitter.com/YD0CuwAW8B

“Hello. Also Read – These are BTS’ Jungkook’s Top 4 dance practice videos that ARMY can never get enough of

This is BIGHIT MUSIC.

We would like to provide the following information regarding the performance of BTS member V as part of today’s “‘BTS PERMISSION TO DANCE ON STAGE”. Also Read – Hey Army, BTS all set to open the 2021 Jingle Ball Tour – here’s all you need to know about it

V experienced pain in his calf muscles during rehearsal on the evening of October 23, and visited a nearby hospital for examination and treatment. It was the opinion of the medical personnel that while there was no issue affecting the bones in his legs, he should refrain from vigorous movement such as choreography or stage performance for the time being.

While the artist himself strongly wished to participate in the performance in full, our company has decided to follow physician advice and minimize V’s movements during today’s “BTS PERMISSION TO DANCE ON STAGE”. As a result, V will take part in the performance while seated and without choreography. We ask for your understanding.

We will continue to place the highest priority on the health and safety of our artists, and strive to ensure that all the members of BTS can meet their fans in full health.