Jungkook reveals he once got a ‘really good spanking’ – deets inside 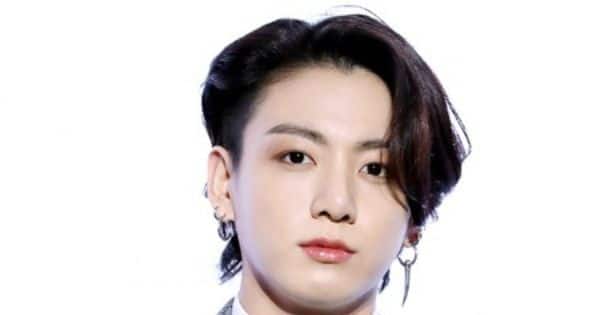 Jungkook reveals he once got a ‘really good spanking’ – deets inside

BTS’ Jungkook has been quite open about his life with the ARMY and in a live broadcast he spoke about the bond he has with his parents. The singer shared a childhood story that taught him an important life lesson. It was about a spelling test. Also Read – BTS’ Kim Taehyung aka V apologises for not performing at the Permission To Dance on Stage concert due to his injury; ARMY has a meltdown

Jungkook said, “When I was little, I cheated on a spelling test and I got into a lot of trouble. I got a really good spanking. My mom…I’m not sure what she told me, to be honest, but I think it was something like, “I don’t care if you get 100 or 0 on your tests. I don’t care about that. But the issue here is that you cheated.” I made a big mistake. Why am I talking about this?” Also Read – BTS’ Jungkook almost tears up looking at empty seats at Permission To Dance On Stage concert: ‘It seems that light in me is fading’

Have a look at the clip below: Also Read – BTS member Jungkook’s EPIC response to haters garners love from ARMY – view tweets

The singer went on to add, “Anyway, my parents were like that. When I was young, no matter what I did, they let me be and do whatever I wanted to do.” He said that his parents only scolded him and corrected him when he did things that were obviously wrong.

He credited his parents as well and said that they let him do what he really wanted to do. Jungkook stated, “So, up until now, I’ve never been under a huge amount of stress. So I’m really grateful for that. To my parents.”

Well, we all should parents who are supportive.

Meanwhile, BTS held an online concert, BTS Permission To Dance On Stage, on Sunday, which was livestreamed from a stadium. It was BTS’s first global online concert in about a year. Jungkook revealed that he almost teared up looking at the empty seats thinking the light in him seems to have started fading. Said the singer, “I was singing Spring Day, and looking at the empty seats I almost teared up. I have a motto, that I’d rather die than live without passion. But it seems that light in me is fading. After today’s concert I feel I need to meet you soon. I miss you so much. Wherever you are, we’ll fly to you.”