BTS V Sparks Debate With His COVID Speech at UNGA, Netizens Dig Out Video of Him Not Wearing Mask 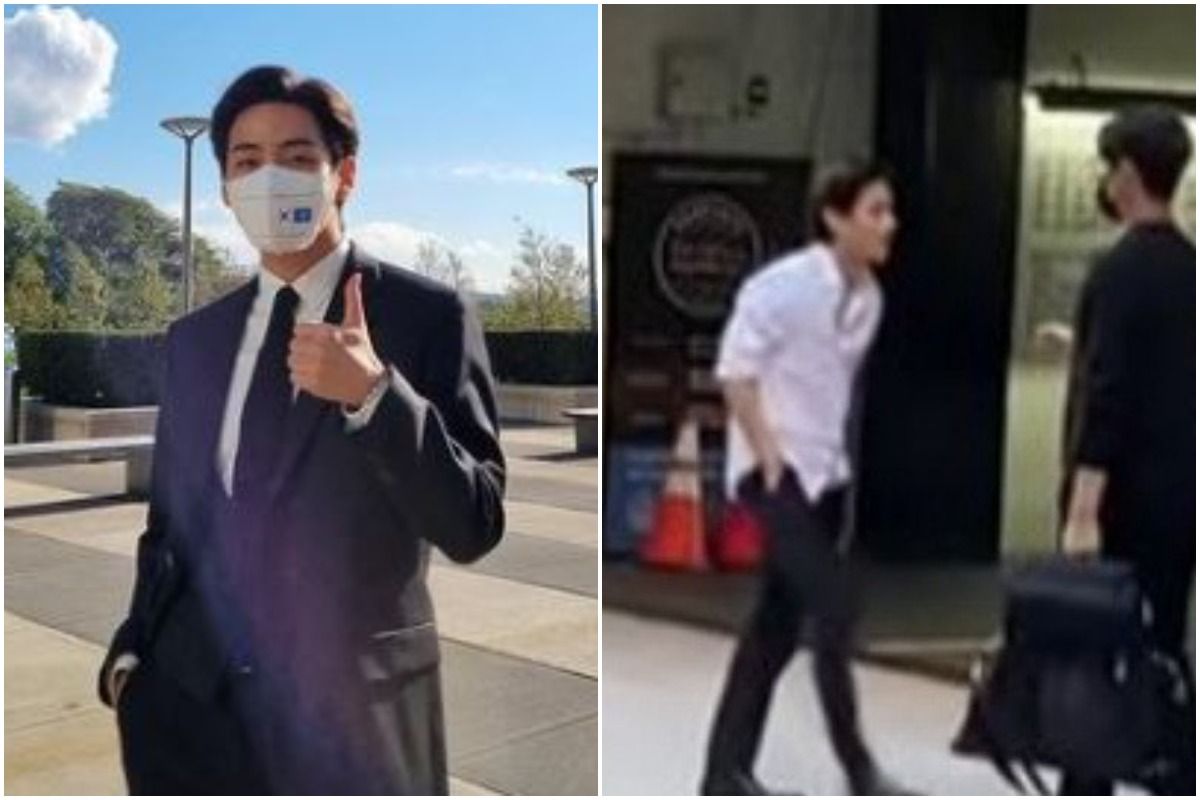 BTS V Sparks Debate With His COVID Speech at UNGA, Netizens Dig Out Video of Him Not Wearing Mask

While BTS members talked about climate change, coronavirus vaccines and other key issues at UNGA, a video has gone viral in which V aka Kim Tae-hyung can be seen travelling in New York without a face mask. In the video, V aka Kim Taehyung looked stunning in a white shirt and black pants. This is the same video that went viral earlier this week as well after it was spotted that an obsessive fan tried to run towards V, but was stopped immediately by the K-pop sensation’s security team. However, the focus of the video has now been shifted from the obsessive fan to V ‘without face mask’. Also Read – BTS ARMY Slams James Corden After He ‘Disrespects’ K-Pop Group and Its Fans, Calling Them ‘Unusual’ | View Tweets

The video has left ARMY divided. While some of the social media users are calling V irresponsible, others came into his defense claiming that the US Government has allowed people to roam around without fearing face masks.

Check how ARMY is divided over BTS V:

In what world is jk behind he owns all sns platforms and his song outsold, it wasnt jk stans who expose ur fave it was mimo and army. jk did wear a mask he always does, all bts members did except V @Vante12151149 pic.twitter.com/gHCRWFdXVr

Iwannaexpand my thoughts here. We all know bts is in USA rn and V is spotted for not wearing mask. We all know that USA allows them to not wear mask but I was alarmed cuz we cannot say that their is no virus there. Pls Don’t bash me. Keep safe Bangtan.I proud of you. #BTSatUNGA

K-Netizens debate whether they see a problem after BTS’s V is spotted wearing no mask in New York. pic.twitter.com/mV3Y8txawT

V was not walking around the street, is just few steps from the car he stepped out to the hotel door & there’s distance with others around him. President Moon & BTS not wore mask during interview at UN. So, ya all wanna complain about it also?? Allkpop do better article next time pic.twitter.com/QPrXkOlZ8Z

BTS made headlines all over the world with its powerful UNGA speech. “We have people who are concerned for the world and searching for the answers. There are still many pages left into the story about us, and I thought we shouldn’t talk like the endings already been written,” V had said at UNGA. The K-pop boys also encouraged people to take coronavirus vaccines.

On the work front, BTS is set to hold its virtual concert of the year titled ‘BTS PERMISSION TO DANCE ON STAGE’. It will be live-streamed on October 24 at 6:30 pm KST.