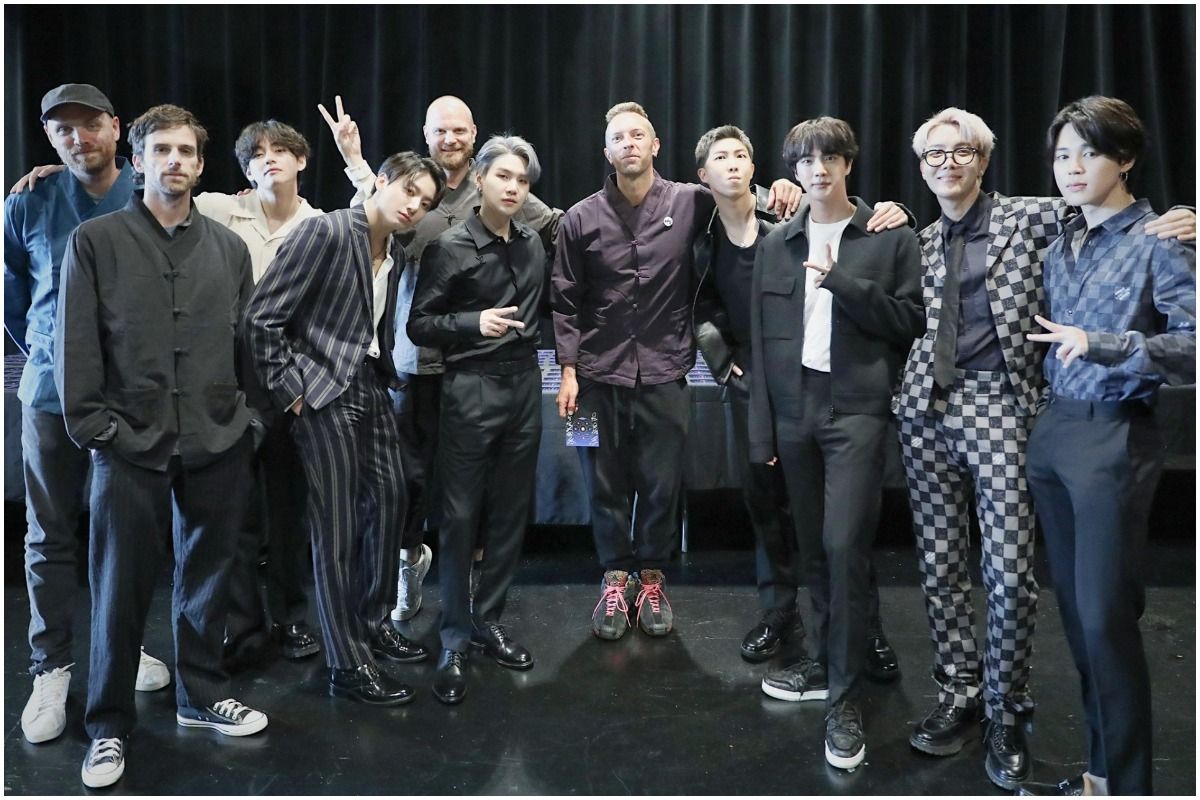 South Korea: BTS and Coldplay are all set to release their first collaboration, My Universe, on September 24. However, a day ahead of the mega release, both the globally famous bands took to social media in which BTS boys – Jin, Suga, J-Hope, RM, Jimin, V, and Jungkook can be seen posing with Chris Martin and his team.Also Read – BTS V Sparks Debate With His COVID Speech at UNGA, Netizens Dig Out Video of Him Not Wearing Mask

Check how ARMY is reacting to BTS’ gift to Coldplay members:

Meanwhile, BTS is set to hold its virtual concert of the year titled ‘BTS PERMISSION TO DANCE ON STAGE’. It will be live-streamed on October 24 at 6:30 pm KST. Apart from this, the group also addressed a speech during the Sustainable Development Goals Moment of the UN General Assembly.

Are you excited for BTS and Coldplay’s ‘My Universe’?