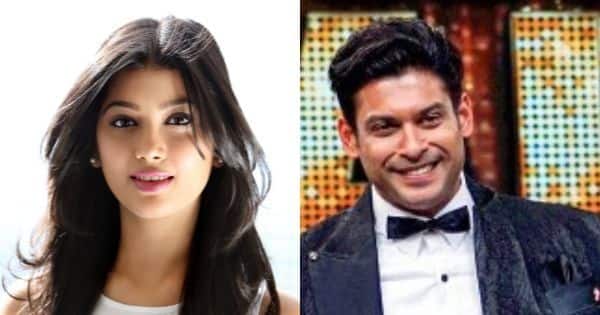 Yeh Rishta Kya Kehlata Hai’s new love story of Kartik and Sirat has grabbed all the attention. Just like Kartik and Naira had a crazy fan following, fans are impressed with Mohsin Khan and Shivangi Joshi as Kartik-Sirat. Earlier, it was reported that there will soon be a generation leap and we might see new entries in the show. Now, as per reports on social media, Bigg Boss 9 contestant Digangana Suryavanshi will be entering the show. It has not been revealed what role she will play. Also Read – RIP Sidharth Shukla: Shehnaaz Gill is broken, devastated, lost… friends from the TV industry share what the actress is going through and it is heartbreaking

READ ALSO |  Mika Singh calls Rakhi Sawant his bestfriend; says, 'No one knows her better than me'

Aastha Chaudhary on how Sidharth Shukla reacted to her roka news

Actress Aastha Chaudhary had a roka a couple of days ago. Babul Ka Aangann Chootey Na fame Aastha has found love in a doctor, Aditya Banerjee. She had a roka on the auspicious occasion of Ganesh Chathurthi, that is, 10th September 2021. However, since she had lost a dear friend of hers, Sidharth Shukla, she toned down her roka ceremony further. The actress had a hush-hush roka in Allahabad, Aditya’s hometown. While talking to the Bombay Times, Aastha revealed the deets about her Roka ceremony. The Kesari Nandan actress said, “We had finalised the date in August after Aditya met my family. We decided to have our roka ceremony on the auspicious occasion of Ganesh Chaturthi, as there was no other date available. Unfortunately, I lost a very dear friend (Sidharth Shukla) on September 2, so we further toned down the ceremony. I didn’t post any pictures or speak about it earlier, as it didn’t feel right.” Aastha and Sidharth were paired opposite each other in 2008’s Babul Ka Aangann Chootey Na. Since they have been friends. Talking about her conversation with Sidharth, Aastha revealed that back in August when her roka date was finalised, she had spoken to Sidharth. He was very happy on learning the news and in his inimitable style had said, “Sahi hai. I am so happy for you. Ghar basa le.” Also Read – Aastha Chaudhary makes revelations about her link-up with Sidharth Shukla from 13 years ago

Shakti-Astitva Ke Ehsaas Ki has been one of the longest running shows on television. It has been running for more than 5 years. Now, the show is wrapping up after running for five years. Cezanne Khan, Kamya Panjabi and Rubina Dilaik are part of this show’s cast currently and were present on the last day. Rubina Dilaik who played Saumya in the show got emotional and shared pictures from the last day of her shoot. Rubina also penned down an emotional note along with these pictures. She wrote, Its a new beginning for such a beautiful end……. #shakti and Saumya will always be the most cherished memories in the chapters of my life …… thank you @msrashmi2002_ for all your unwavering faith in me and @colorstv for such a historical opportunity ♥️?? and a big thank you to our audience for embracing us for 5+years.”

READ ALSO |  Indian Idol 12 is over but Pawandeep Rajan and Arunita Kanjilal's magical chemistry is still intact; these BTS pics are proof

Bigg Boss 12 winner Dipika Kakar Ibrahim and Shoaib Ibrahim are the cutest couple of telly land. They got married in 2018 and often keep sharing some lovey-dovey posts. However, many times, Dipika Kakar has been asked about pregnancy. She has always denied and has been irritated with these questions. Recently, there have been rumours of her pregnancy. Now, once again Dipika has reacted to these rumours and she has a sassy reply this time. She was recently spotted at an event in Mumbai where she was questioned about the rumours. Dipika said that if such news arises, it can’t be kept hidden from the public and she will inform everyone herself. One of the journalists asked if the actress is going to give the good news. Dipika said, “Really? I am getting to know about the good news in my life from you guys.”

Shamita Shetty was locked inside the house of Bigg Boss OTT for about 42 days. The actress had entered the house of Bigg Boss OTT in August. And after six weeks, she finally left it yesterday after the grand finale. Shamita has now reunited with her family and is in the comforts of her home. Her actress sister Shilpa Shetty has given her one of the warmest welcomes. Shilpa took to her Instagram handle and posted a couple of pictures in which she can be seen hugging her dear sister who is seeing her in person after weeks. She penned a heartfelt note alongside it which screams of their loving sibling bond. Tagging her as the boss lady, Shilpa Shetty captioned the post saying, “And my Tunki is back yaaay You not gonna be able to get out of this tight SQUEEZE @shamitashetty_official. Welcome home #sisterlove #sister #bosslady #sistersquad.”