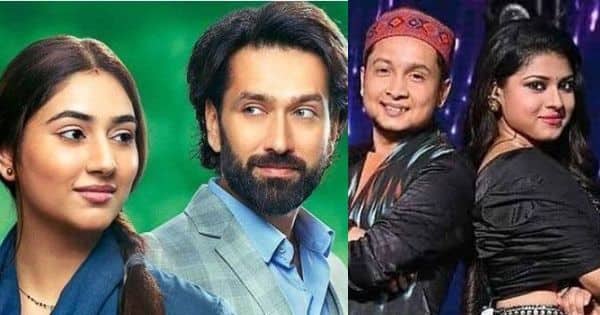 Indian Idol 12 ended on August 15 but the craze for the show isn’t over. Pawandeep Rajan was declared the winner while Arunita Kanjilal was announced as the first runner-up of the show. Pawandeep and Arunita’s pair was loved in the show. Their duets have become quite popular and Himesh Reshammiya has also given them an opportunity to sing in his album. Now, they are set to enter one of the top TV shows. Yes, Pawandeep Rajan and Arunita Kanjilal will be seen in Nakuul Mehta and Disha Parmar starrer Bade Acche Lagte Hain 2. As per the latest story of Bade Acche Lagte Hain 2, Ram and Priya have agreed to get married to each other for the sake of their family. However, they do not love each other. Also Read – TRP Report Week 36: Rupali Ganguly-Gaurav Khanna’s chemistry makes Anupamaa win audience’s hearts again; Khatron Ke Khiladi out of Top 5

It will be a grand wedding for Ram and Priya. We will soon get to see another amazing wedding sequence on television. And as per reports on social media, Indian Idol 12 winner and runner-up, Pawandeep Rajan and Arunita Kanjilal will be performing at Ram and Priya’s sangeet ceremony. Watching television’s iconic jodi Ram and Priya along with the best singers of India, Pawandeep-Arunita will be a double treat for fans. However, there is no official confirmation about the same. The first episode of Nakuul Mehta and Disha Parmar’s Bade Acche Lagte Hain 2 was loved by all. Fans have given a huge thumbs up to the show. Praising the performances of the lead cast as Ram and Priya, netizens loved the sweet and sour phone call conversation between them, which was the biggest highlight for them. Also Read – Indian Idol 12 is over but Pawandeep Rajan and Arunita Kanjilal’s magical chemistry is still intact; these BTS pics are proof

We have earlier, seen Nakuul Mehta and Disha Parmar as Aditya and Pankhuri in Pyaar Ka Dard Hai…Meetha Meetha Pyaara Pyaara. Now, as Ram and Priya they have touched hearts once again. Also Read – Actor Juniad Malik’s hard work helps him get a role in web series