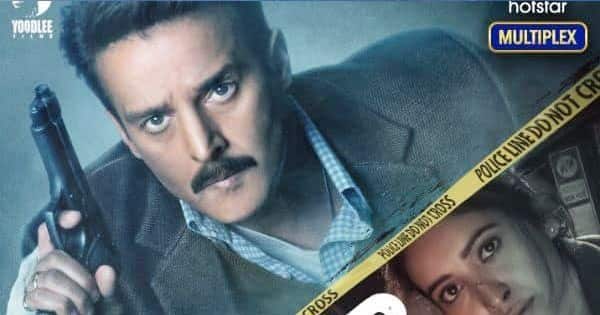 Thrillers revolving around terrorist plots will always find plenty of takers primarily because of how engaging their premise, be it any premise, sounds, and secondly, because of how real and close to home most of them feel. Bollywood, too, has had a very good legacy when it comes to such thrillers, with movies like Baby, Neeraj, New York, Aamir, Droh Kaal, Batla House, and A Wednesday (which, incidentally, had also featured Jimmy Shergill) instantly coming to mind. So does Jimmy’s second such thriller, Collar Bomb, also starting Asha Negi, Rajshri Deshpande and Sparsh Shrivastav join the club? Well…not quite, but that’s not time say it’s without merit. Also Read – TV Weekly News Rewind: Shilpa Shetty breaks down on Super Dancer 4, Indian Idol 12’s Arunita Kanjilal gifts winner Pawandeep Rajan Audi Q7 and more

Manoj Hesi (Jimmy Sheirgill) is Manali’s top cop, a sort of local hero albeit with a dark past, which returns to haunt him when the posh convent school where he wants his son to get admission into is taken hostage by a suicide bomber, who, as the film’s title suggests, is wearing a ‘collar bomb’. Is it a terrorist attack or is there more than meets the eye and how is it all connected to Manoj Hesi is what forms the crux of the plot.

For three quarters of its journey, Collar Bomb is quite a taut, tight thriller, that grips you with its narrative and keeps you guessing over what could transpire next. Add Jimmy Sheirgill’s assured performance as always and Asha Negi’s surprising profound supporting act accent et al to the mix, coupled with some zippy editing and breezy camerawork, and you have a pretty good thriller till the climax hits.

The final quarter, most of which constitutes the climax, almost brings Collar Bomb crashing down like a ton of bricks, only again to be saved by the criminally underrated, perennially competent Jimmy Sheirgill. Logic, logistics, economics and everything else goes for a toss as Director Dnyanesh Zoting and writer Nikhil Nair seems to have developed a brainfreeze after having exhibited a confident grip on proceedings till the climax. Rajshri Deshpande, whose major character arc comes to fruition in the final quarter of the film is totally wasted in a highly underwhelming role, and the big reveal, too, feels more and more incredulous as the pieces fall together. Unfortunately, revealing anything more at this point would constitute to giving away major spoilers.

I reiterate, Collar Bomb is a quite a taut, tight thriller for three quarters of the way until the final quarter ergo the climax almost brings everything crashing down. Thankfully, Jimmy Sheirgill and surprise package Asha Negi prevent the movie from ending with too sour an aftertaste. I’m going with 3 out of 5 stars.