Kahaan Hum Kahaan Tum producer Sandiip Sikcand to bring Karan V Grover-Divyanka Tripathi together for a show? Here’s what he has to say 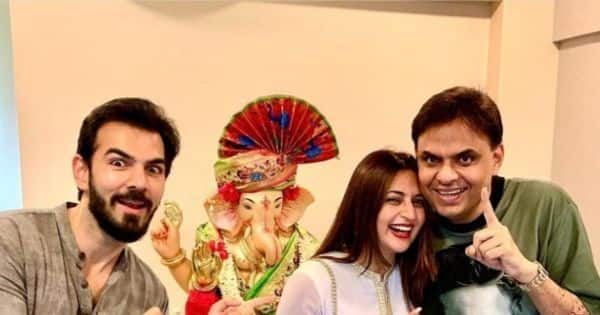 Kahaan Hum Kahaan Tum producer Sandiip Sikcand to bring Karan V Grover-Divyanka Tripathi together for a show? Here’s what he has to say

He was also asked about why Karan and Divyanka are his dream onscreen pair, Sandiip shares, “I feel that Divyanka and Karan are brilliant actors! They are both thinking actors and who add a lot more to the character that is written on paper. Since I have also worked with both of them in the past, I know their style of working and I have seen that as actors how much more they bring to the character, exactly what is imagined or expected. So I think that to get Karan and Divyanka together on screen would be my dream come true! And also because both of them are extremely close friends of mine and it is always great to work with good friends. Though on a professional level their dedication to their work is just amazing, and they are effortlessly superb actors, so for me, they would be an ideal pair to work with”. Also Read – Bade Acche Lagte Hain 2: Will Nakuul Mehta-Disha Parmar aka Ram and Priya’s marriage help the show pick up ratings on TRP charts?

READ ALSO |  Shaheer Sheikh opens up on the time he was jobless before Mahabharat; Karan Kundrra approached for Salman Khan's Bigg Boss 15 and more