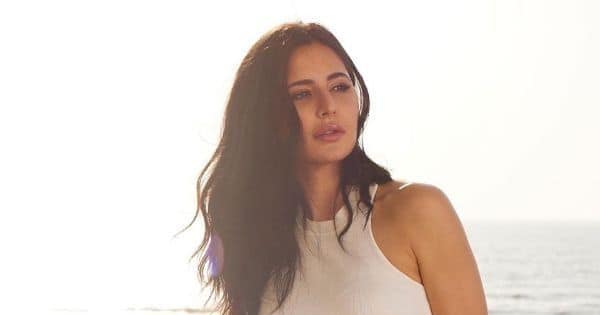 Katrina Kaif is one of the prettiest actresses we have. Ahead of the release of Sooryavanshi with Akshay Kumar, the pretty actress is busy with the film’s promotions. She took to Instagram to share some pics in which she is posing by the beach. She is seen wearing a body-hugging dress. Have a look: Also Read – #BLBestOf6: Raatan Lambiyan, Seeti Maar, Param Sundari and more – vote for the Best Song Hindi in the first half of 2021

Meanwhile, the actress is reportedly in a relationship with Vicky Kaushal. Recently, there were rumours of their roka. In an interview to ETimes, the Masaan actor said the rumours were spread by media persons. He did however didn’t rule out the possibility of their engagement. He stated, “The news was circulated by your friends (laughs). I’ll get engaged soon enough, when the time is right. Uska bhi time aayega (the time will come).” Also Read – Sooryavanshi locks release date: Akshay Kumar, Ajay Devgn, Ranveer Singh welcome audience to the theatres on November 5

Talking more about their roka rumours, once Vicky’s brother, Sunny Kaushal had revealed that his parents had teased the Masaan actor about it. He had said, “I remember that Vicky had gone to the gym in the morning when the rumours started coming. So, when he returned home, mom and dad funnily asked him, ‘Arre yaar, teri engagement ho gayi, mithai to khila de (We heard you got engaged, please treat us to sweets)’. And then Vicky told them, ‘Jitni asli engagement hui hai, utni asli mithai bhi kha lo (Since the engagement is imaginary, the sweets will be too)’.” Also Read – When Bollywood’s Top stars made headlines for their extramarital affairs