Mayank Arora to play Kairav in the show; names his favourite co-star from the set 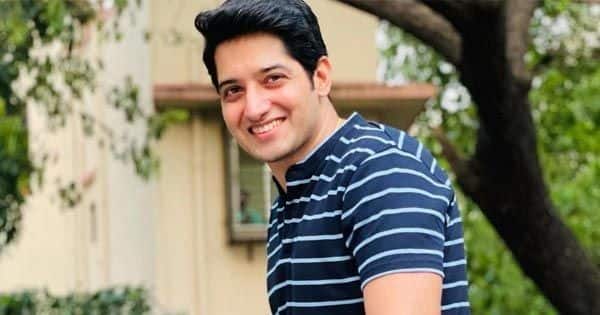 Mayank Arora to play Kairav in the show; names his favourite co-star from the set

He said that he is very excited right now as it is a very important show and role and he is waiting to play the character on screen and bring life to it. He also revealed that there are a lot of things that will remind you of younger Kairav but he can’t reveal much now. Mayank said that it will be a treat to watch Kairav. He was also asked to name his favourite co-star from the show. Mayank said, “Swati Chitnisji, my great-grandmother, she is an adorable person. I love doing scenes with her already. She is a very caring and loving co-star on the sets.” He also spoke about his bond with his on-screen siblings, Pranali Rathod and Karishma Sawant who will play Akshara and Aarohi. Mayank said, “We are playing the siblings on-screen and the band is indeed adorable, it feels like I am working as a family so yes, you will soon see the same chemistry as it is off-screen.” Also Read – Trending TV News Today: Pranali Rathod, Karishma Sawant open up on joining Yeh Rishta Kya Kehlata Hai; Pratik Sehajpal’s sister exposes Bigg Boss 15’s Karan Kundrra and more

Earlier, in a chat with IANS, Karishma Sawant spoke about her character, Aarohi. She said that being a newbie in the industry and to have the pleasure of being a part of such a huge show is like a dream come true to for her. “Right now, I am just looking to do something out of the box that challenges me and seems beyond my reach. People can expect a lot of surprises from me, as I am surprising myself every day. I am really looking forward to the appreciation and love of the audience for my new journey on Hindi television, “she said. Pranali Rathod also spoke about her character and shared her excitement on joining the show. Pranali said, “I am over the moon to have received this great opportunity and extremely thrilled to be a part of such a huge show, and I greatly hope for the audience to accept and love my character. As soon as I was handed the script, there was no turning back from there onwards as not everybody gets to be a part of a show like this.” Also Read – Yeh Rishta Kya Kehlata Hai: Harshad Chopda, Pranali Rathod, Karishma Sawant and others perform puja along with Rajan Shahi before starting their journey – view pics

READ ALSO |  Rubina Dilaik shares pictures from the last day of the shoot; pens a heart-touching note as the show ends