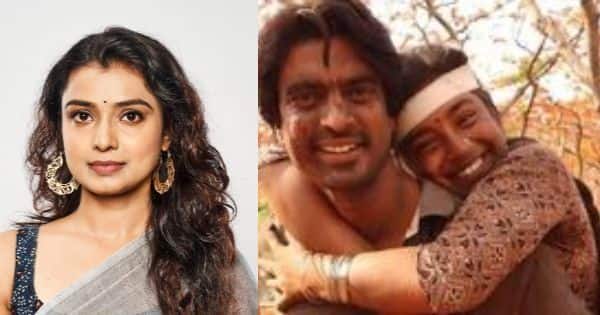 Gashmeer Mahajani, Sumbul Touqeer Khan and Mayuri Deshmukh starrer Imlie is winning hearts with its unique storyline. The TRPs of the show have been brilliant and it has been amongst the top five shows since the start. Actors Gashmeer Mahajani and Sumbul Touqeer Khan have been appreciated for their on-screen chemistry. Mayuri Deshmukh’s performance as Malini has also left us all surprised. As per the latest story, we have seen that Aditya and Imlie are married and Malini left them together. But now, Malini wants Aditya back in her life. She is doing everything to get him back and leave Imlie. She has started hating Imlie and wants to throw her out of Aditya’s life. Malini has been playing dirty games to get Aditya. Their bond on-screen might be full of hatred but off-screen they are good friends. Also Read – Yeh Rishta Kya Kehlata Hai, Anupamaa, Imlie and more: SHOCKING TWISTS to unfold in tonight’s episode of top TV shows

In an exclusive interview with FilmDhamaka, Mayuri Deshmukh aka Malini spoke about her bond with Sumbul Touqeer Khan, Gashmeer Mahajani and others on the set. She said, “The bond is amazing. I mean I feel I am blessed with a good team. People have the same sensibility. Everyone on sets is passionate about their work and hence our show is doing so well. Each one comes and gives their best. And we have a lot of fun off-screen. Basically, everyone has the same agenda to do some amazing work and have fun and leave. It is a very good to be with these people.” Well, now we know why the performances on screen have been so brilliant. Also Read – Ghum Hai Kisikey Pyaar Meiin, Anupamaa, Imlie and more: Shocking twists to look forward to in tonight’s episodes of Top TV shows

Earlier, in an interview with ETimes, Gashmeer Mahajani had spoken about his off-screen bond with his on-screen wives, Sumbul Touqeer Khan and Mayuri Deshmukh. Gashmeer aka Aditya said that they have a lot of fun on the sets and he shares a great bond with both his on-screen wives. He revealed that he shares a thick friendship with Mayuri Deshmukh and is the official nanny of Sumbul on the sets of Imlie. Also Read – Yeh Rishta Kya Kehlata Hai, Imlie, Anupamaa and more: Nerve-wrecking twists to unfold in Top TV shows this week