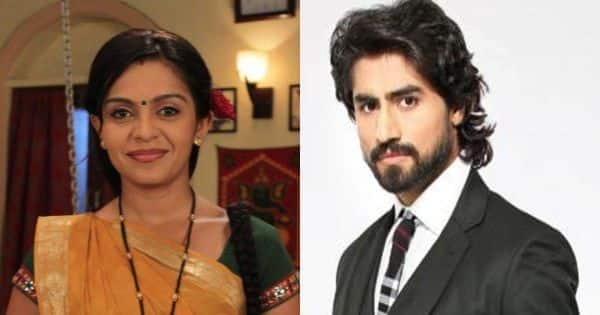 Yeh Rishta Kya Kehlata Hai will go through a major change from October 27. Mohsin Khan and Shivangi Joshi left the show leaving fans emotional. They were loved as Kartik and Naira/Sirat. Now, we will soon see Harshad Chopda as Abhimanyu, Pranali Rathod as Akshara and Karishma Sawant as Aarohi. Along with them, we will also see Tu Sooraj Main Sanjh Piyaji actor Mayank Arora playing the role of Kairav in the show. Now, as per reports in TellyChakkar, Papad Pol actress Ami Trivedi will be playing the role Harshad Chopda aka Abhimanyu’s mother. A source informed TellyChakkar that Ami and Harshad will have an interesting relationship in the show that will be a massive surprise for viewers. Also Read – Ami Trivedi, Surbhi Chandna, Hina Khan – a look at TV’s newsmakers of the week

Interestingly, even before Yeh Rishta, Ami was considered for Anupamaa. There was strong competition between Ami and Rupali to play the lead. A source revealed that Rajan Shahi was impressed with Ami’s mock shoot for Anupamaa and had mentioned to her that whenever he had a character that would suit her personality, he would surely send an offer to her. So when Yeh Rishta Kya Kehlata Hai had their casting for new characters post the leap, Ami was offered the character of Harshad’s mother and there was no audition taken for the role. Earlier, in a chat with IANS, Karishma Sawant spoke about her character, Aarohi. She said that being a newbie in the industry and to have the pleasure of being a part of such a huge show is like a dream come true to for her. “Right now, I am just looking to do something out of the box that challenges me and seems beyond my reach. People can expect a lot of surprises from me, as I am surprising myself every day. I am really looking forward to the appreciation and love of the audience for my new journey on Hindi television, “she said. Also Read – Taarak Mehta Ka Ooltah Chashmah: Ami Trivedi to replace Disha Vakani as Daya Ben? The actress answers

Pranali Rathod also spoke about her character and shared her excitement on joining the show. Pranali said, “I am over the moon to have received this great opportunity and extremely thrilled to be a part of such a huge show, and I greatly hope for the audience to accept and love my character. As soon as I was handed the script, there was no turning back from there onwards as not everybody gets to be a part of a show like this.” Also Read – Tu Mere Agal Bagal Hai cast celebrated Eid with children!