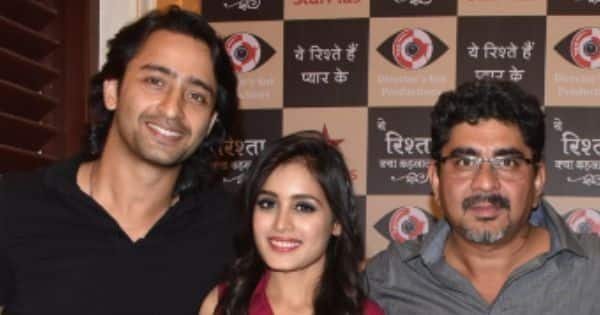 Yeh Rishtey Hain Pyaar Ke ended on October 17, 2020. The show had a huge fan following and was the most loved on television. However, due to low TRPs the show went off-air. But fans were clearly not happy with this decision and took to social media to protest so that Yeh Rishtey Hain Pyaar Ke gets an extension. Shaheer Sheikh and Rhea Sharma were paired for the first time on television. They both were brilliant as Abir and Mishti in the show. Not just Shaheer and Rhea, Rupal Patel, Kaveri Priyam, Lata Saberwal, Avinash Mishra, Ritvik Arora, Trishaa Chatterjee and others also made a place in our hearts. Also Read – Yeh Rishta Kya Kehlata Hai: Mohsin Khan may quit the show to be part of THIS reality show?

The show’s end came as a huge disappointment for all fans. However, now, we have some good news for all Yeh Rishtey Hain Pyaar Ke fans. Many have been asking for a second season of the show and we will get some similar soon. The channel is all set for its latest offering Ankahee Dastaan. The viewers will get to watch one movie featuring India’s favourite characters who return to tell their untold stories for one more evening on the channel. The episodes will start airing from October onwards and as per reports in TellyChakkar, Rajan Shahi has been approached for his iconic show Yeh Rishtey Hai Pyaar Ke’s addition to the Ankahee Dastaan series. Well, if Rajan Shahi agrees, it will be a treat for fans. Also Read – TRP Report Week 36: Rupali Ganguly-Gaurav Khanna’s chemistry makes Anupamaa win audience’s hearts again; Khatron Ke Khiladi out of Top 5

Earlier, in an interview with IWMBuzz, Rajan Shahi shared that he is extremely proud of Yeh Rishtey Hain Pyaar Ke. He said, “I am extremely proud of Yeh Rishtey Hain Pyaar Ke. It had amazing performances coming from Shaheer Sheikh, Rhea Sharma, Rupal Patel, Kaveri Priyam etc. The best part of the show was to work with such an amazing cast. One of my most cherished moments from the show was working with Shaheer Sheikh. After working with him, I always applaud his professionalism and down-to-earth nature. I have a special place in my heart for Shaheer Sheikh. His passion for work is outstanding. This passion for work runs in Mohsin Khan too. We were disappointed with the show’s closure. I fail to understand why the fans blamed us for the closure. As makers, we also go through the pain of the show going off-air.” Also Read – Yeh Rishta Kya Kehlata Hai, Anupamaa, Imlie and more: SHOCKING TWISTS to unfold in tonight’s episode of top TV shows