Ranveer Singh-Deepika Padukone to embrace PARENTHOOD soon! The Cirkus actor spills the beans on the baby’s name and more 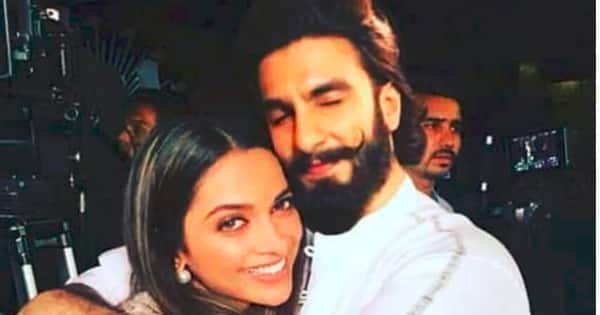 Ranveer Singh-Deepika Padukone to embrace PARENTHOOD soon! The Cirkus actor spills the beans on the baby’s name and more

Ranveer Singh has opened up on having a baby with Deepika Padukone. In a new promo of The Big Picture, Ranveer Singh is seen talking about his marriage and future kids. The actor says, “Jaisa ki aap log jante hai meri shaadi ho gai hai aur ab 2-3 saal me bacche bhi honge (blushes). Bhaisaab, aapki bhabhi itni cute baby thi na. Mai to roz uski baby photos dekhta hoon, kehta hoon ek aisi de de mujhe bus meri life set ho jae (As you guys know I am married and may have kids in next two or three years. Bro, your sister-in-law (Deepika) was such a cute baby. I see her baby photos everyday and tell her ‘give me one baby like this one, my life will be set’).” Also Read – From Shah Rukh Khan to Akshay Kumar to Alia Bhatt, 9 celebs who love to crack double meaning jokes – see pics

Ranveer and Deepika two got married in 2018 in a private ceremony in Lake Como, Italy. Also Read – Alia Bhatt, Deepika Padukone, Katrina Kaif and more: B-Town divas who will dominate box office in 2021-22

In a recent interview with ETimes, Ranveer spoke about the feedback Deepika gave him for The Big Picture. He had said that Deepika always has constructive criticism for him, which he takes very positively. “I showed her my mock sessions, she gave me some tips and raised some very good points. I noted those points and imbibed themm” he had said. He had added that he is really grateful to have a sharp wife as a partner, who enhances my work through her constructive criticism.

READ ALSO |  Arjun Kapoor gets MASSIVELY trolled as his new film The Ladykiller is announced; netizens say, 'Arjun Kapoor continues to get movies and people continue to blame the govt for unemployment'

On the work front, Deepika and Ranveer will soon share the screen space in the upcoming film 83. The actor will be seen playing the role of former cricketer Kapil Dev in the Kabir Khan directorial. It is based on India’s iconic 1983 World Cup triumph.