Salman Khan’s mass entertainer is the perfect Eidi for audience 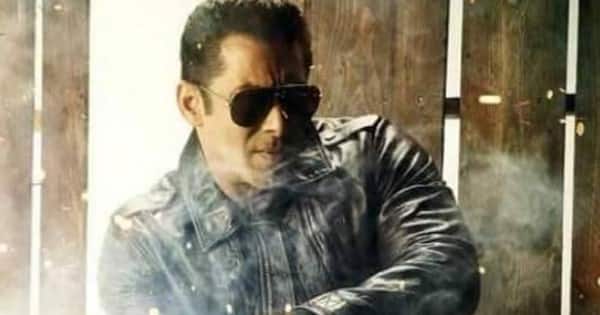 Salman Khan’s mass entertainer is the perfect Eidi for audience

Eid and Salman Khan are as synonymous to Bollywood as Raj Kapoor and his tramp character, Dilip Kumar and his rural characters, Amitabh Bachchan and his cop roles, or Shah Rukh Khan and his romantic-icon image. Even if you take Indian cinema as a whole, no superstar has given more gargantuan openings and subsequent blockbusters than Salman Khan has done on Eid, not even Rajinikanth on Pongal – a fact that can be gauged with his last two Eid releases, Race 3 (an eventual failure) and Bharat (a hit, but not as big as Bhai standards go), collecting Rs. 38 crore+ nett and Rs. 42 crore+ nett on the Eid holiday. So, can Radhe: Your Most Wanted Bhai be clubbed with some of Salman’s classic Eid releases both commercially and critically like Bajrangi Bhaijaan, Sultan, and Ek Tha Tiger or does it sink to the depths of Race 3? Does Radhe Your Most Wanted Bhai have it in it to offer your family a true blue entertainer during the Eid long weekend? Read on the Radhe movie review below to know! Also Read – Kangana Ranaut, Rhea Kapoor, Urfi Javed and more celebs who got BRUTALLY trolled for wearing risqué and bold outfits – view pics

What’s it about Also Read – Disha Patani all set for an out and out action film? Exclusive

Radhe (Salman Khan), with 97 encounters and 23 transfers, is the only fearless cop in all of Mumbai, who can clean the streets and protect our city’s kids, especially when new unscrupulous elements like Rana (Randeep Hooda) and his gang enter the fray, disrupting the finely balanced, drug-free equation that the police force had struck with the city’s underworld. Also Read – Arjun Kapoor gets inspired by BFF Ranveer Singh, buys the same swanky SUV in the similar colour

READ ALSO |  ‘Out and out action, masala cinema at its best,’ first reactions of the John Abraham starrer promise a blockbuster

From his entry and his swag in every move to his dialogue delivery and his gait, posture, and ability to still deliver rock-em-sock-em action scenes; Radhe Your Most Wanted Bhai is an out-and-out Salman Khan show all the way, guaranteed to please both his legion of diehard fans as also neutral viewers, who are struggling to get entertained at home during an endless lockdown. It is a light and entertaining viewing amidst all the dark content on most OTT platforms. Randeep Hooda is perfectly cast as the prime antagonist, and actually ends up with some of the film’s best scenes. It’s also a hoot watching Jackie Shroff play his bindaas bhidu after eons, with future daughter-in-law Disha Patani looking like a bronzed-sultry siren. While she has a half-baked role, she does the best she can. Writer A. C. Mugil also smarty adds new avenues to the screenplay while only retaining the best bits and essence from the 2017 Korean original, The Outlaws. Having watched both movies, we can unequivocally state that Radhe is a proper desi remake of its source rather than just another carbon copy (Thank God). Sanchit Balhara and Ankit Balhara also add the necessary feel to the masala.

The romantic track between Salman Khan and Disha Patani is the weakest link of the movie, adding almost nothing to the narrative, partly because of how underwhelmingly the latter’s character arc is etched out. In comparison, Salman and Ayesha Takia had far better chemistry and the latter had much more to do in 2009’s Wanted of which Radhe is an extension, in spirit. Moving on, Prabhu Deva’s direction falters at a key moment, especially in failing to establish a proper arc between the existing gangs and cops as The Outlaws had done or when it comes to how Rana (Randeep Hooda) systematically moves in and takes over the turf to finally how he’s trapped with nowhere to go. Some of the action scenes, too, especially the one during the climax, stick out in contrast to the other well-executed ones in the film. Plus, Ritesh Soni’s jagged editing and Ayananka Bose’s unflattering camerawork leave a lot to be desired. The songs, too, while not bad, don’t register like you’d expect them to in a Salman Khan movie.

While the script and direction could’ve done with some fine tuning, Salman Khan’s Radhe Your Most Wanted Bhai is still massy and masaledaar enough to offer an entertaining deviation from the usual, dark content on OTT platforms, while also being its own film, retaining no more than the essence and some main plot devices of Korean film The Outlaws. If it had seen a traitidional Eid release in theatres like a Salman movie should, we predict it having taken no less than a Rs. 40 crore nett opening. For now, enjoy this Eidi at home. You can watch Salman Khan’s latest actioner on Zee5 and ZeePlex.