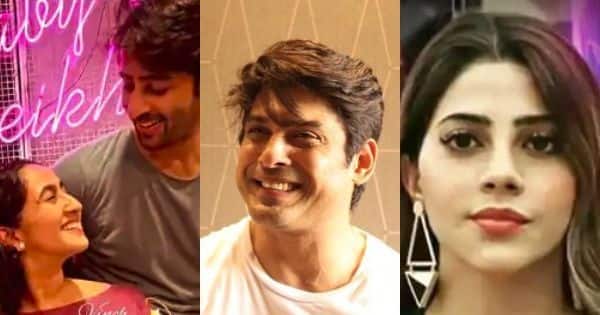 Shaheer Sheikh-Ruchikaa Kapoor reveal their baby girl’s name
Shaheer Sheikh took to Instagram to reveal the name of his baby girl. She is named Anaya. Shaheer’s caption read, Blessed with the gift of life. Filled with immense gratitude… need all your love and good wishes for the journey ahead. Keep us in your prayers.” Also Read – Bigg Boss OTT winner Divya Agarwal REVEALS her wedding plans with beau Varun Sood [Exclusive]

Dipika Kakar reacts to the pregnancy rumours
There have been rumours that Dipika Kakar is pregnant since some months now. After her last show, she has been mostly at home other than doing a music video. The lady was spotted in the city by the paps some days back. One of them asked her if the rumours of her having a baby were true or not. Dipika Kakar savagely retorted to the media person, “Really? I am getting to know about the good news in my life from you guys.” The past couple of months have been hectic for Dipika Kakar. Her father-in-law got a stroke and was hospitalised. Later, they had to set up a medical unit for him at home.

READ ALSO |  Paritosh and Anuj Kapadia get into an argument; Vanraj and Kavya’s business dreams come crashing down

Nikki Tamboli remembers Sidharth Shukla
The untimely and tragic demise of Sidharth Shukla has left a huge void in the TV industry and plunged fans into immeasurable grief. After the initial shock set in, his friends began sharing stories of how warm and helpful he was in real life. Unlike many celebs, Sidharth Shukla was not too active on social media nor did he care about flaunting his friendship. But his friends have spoken at length about how he was like a rock for them. Nikki Tamboli who was seen at his residence after the demise of the Balika Vadhu actor said that she knew that she could always rely on him.

Bigg Boss 15: Divya Agarwal says she is scared of Salman Khan
Bigg Boss OTT has finally found its winner. Divya Agarwal has taken home the trophy. As predicted by some it looks like she is not a sure shot for Salman Khan’s Bigg Boss 15. The lady also confirmed the same to The Times Of India. She has said that she is now spending time with her family, and resting. As we know that Bigg Boss is a very exhausting show physically and mentally. She also said that she would take up Bigg Boss 15 as she is in the zone but revealed that she is scared of Salman Khan as a host.

READ ALSO |  Mayank Arora to play Kairav in the show; names his favourite co-star from the set