Shaken by House of Secrets? Here are the most riveting documentary series to watch on Netflix, ZEE5 and Disney+Hotstar 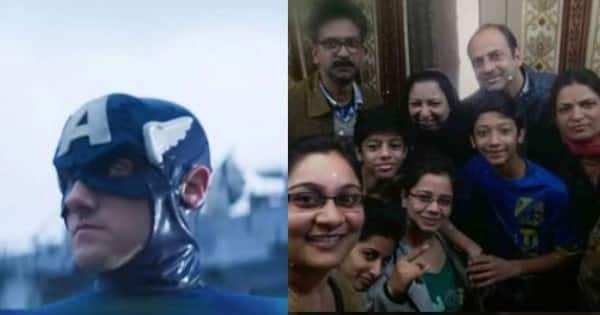 Shaken by House of Secrets? Here are the most riveting documentary series to watch on Netflix, ZEE5 and Disney+Hotstar

Netflix’s new Indian crime documentary House of Secrets is quite scary and will not let you sleep for days. The shocking reality of this documentary showcases the truth behind the scariest incidents. Here is a list of the most riveting documentary series to watch on Netflix, ZEE5, and Disney+Hotstar. Also Read – BL Recommends: Black as Night, Intrusion, Lift and 5 more new horror movies you can binge-watch on Netflix, Amazon Prime and Disney+ Hotstar

A 7-part series is based on the on-court partnership between Leander Paes and Mahesh Bhupathi and their off-court lives. The series will showcase beautiful takes about their friendship, brotherhood, partnership, and much more. Directed by Nitesh Tiwari and Ashwiny Iyer Tiwari, this series was released on October 1. Also Read – Succession, Bombay Begums and more – Taapsee Pannu recommends her favourite web series to binge-watch on Netflix and Disney+ Hotstar [EXCLUSIVE]

This is an anthology documentary television series that premiered on November 20. The series portrays eight amazing stories of the Marvel Universel. It even explores the universe’s “rich legacy of pioneering characters, creators, and storytelling to reflect the world outside your window.”

The Ripper is a British true-crime docuseries directed by Jesse Vile and Ellena Wood. The seri3s was released on December 16. The four-part miniseries recounts the events and investigation surrounding the 13 women who were brutally murdered in West Yorkshire and Manchester between 1975 and 1980 by serial killer Peter Sutcliffe.

READ ALSO |  Sushmita Sen is over the moon as Aarya gets nominated for Best Drama Series at the International Emmy Awards 2021; Rohman Shawl reveals he's 'PROUD'

Night Stalker: The Hunt For a Serial Killer – Netflix

Night Stalker: The Hunt For a Serial Killer is a true-crime documentary miniseries about the serial killer Richard Ramirez.

Turning Point: 9/11 and the War on Terror – Netflix

This series is about the 9/11 terrorist attacks, from Al Qaeda’s roots in the 1980s. The series showcases how the catastrophic events changed the course of the nation.