Squid Game breaks THIS record made by Bridgerton’s record, will Stranger Things 4 be able to surpass? 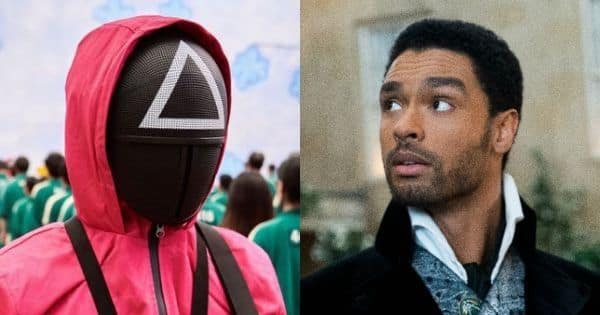 Squid Game breaks THIS record made by Bridgerton’s record, will Stranger Things 4 be able to surpass?

Korean web series Squid Game is all the rage everywhere – it has become a global phenomenon and is quite literally the only show on everyone’s lips for the time being. Several great web series have come and gone, including this year, but few have managed to come close to the euphoria that is Squid Game, so much so that it has now managed to edge past the eagerly anticipated Money Heist season season 5 volume 1 in terms of popularity this year. And now, Squid Game has added another sparkling jewel to its already overflowing crown of accolades. Also Read – BL Recommends: Black as Night, Intrusion, Lift and 5 more new horror movies you can binge-watch on Netflix, Amazon Prime and Disney+ Hotstar

According to Lets OTT Global, Squid Game has become the most watched show in its first month, having beaten the previous record holder, Bridgerton – incidentally, another Netflix show – with 111 million households having watched it within 28 days itself. In other words, it has surpassed the record without even needing an entire months. If that’s not praiseworthy, we don’t know what is. We wonder how many more households Squid Game might add when the final tally for the entire months (30 days) is released. Check out Lets OTT Global’s tweet below: Also Read – Prithviraj Sukumaran’s Bhramam full movie leaked on TamilRockers, Telegram and more for free download

Netflix’s #SquidGame becomes the most watched show beating Bridgerton with 111 million households for the first 28 days.

That brings us to another interesting topic: Which show or which new season of a show do you think can go past Squid Game’s record next? Could it be Stranger Things season 4, could it be Money Heist season season 5 volume 2 – again, both Netflix series – or could another OTT platform finally swoop in and claim the record, like say, Amazon Prime’s upcoming The Lord of the Rings web series or Disney+ Hotstar’s Mandalorian season 3? Time alone will tell. Also Read – Trending OTT News Today: Saif Ali Khan’s favourite Sacred Games scene, Kartik Aaryan reveals Dhamaka release date and more