Shattered by Sidharth Shukla’s demise, Shehnaaz Gill is gearing up to bounce back soon [Exclusive] 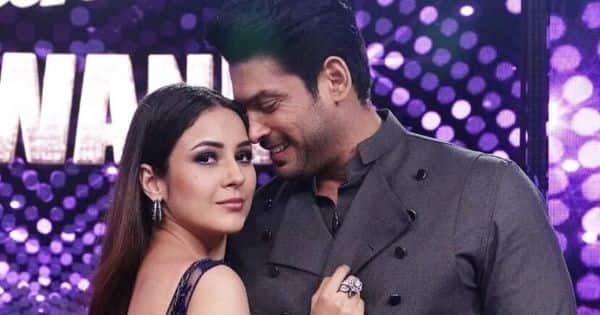 Shattered by Sidharth Shukla’s demise, Shehnaaz Gill is gearing up to bounce back soon [Exclusive]

Bigg Boss season 13 winner Sidharth Shukla passed away after suffering a heart attack on September 2. His sudden demise left everyone shell-shocked. Post Sidharth’s demise his fans are showering immense love and support to his mother and rumoured girlfriend Shehnaaz Gill. Both Sidharth and Shehnaaz met inside the house of Bigg Boss 13 and eventually, their bond grew stronger with each passing day. Shehnaaz considered Sidharth as her family and was distraught upon learning about his demise. Also Read – ‘Shehnaaz Gill is coping well,’ say Abhinav Shukla and Rubina Dilaik after meeting her mother

Reports suggested that post-Sidharth’s demise Shehnaaz was not eating or sleeping well. During the last rites of the actor, Shehnaaz was crying inconsolably and she was taken care of by her brother Shehbaaz. Sidharth’s mother Rita is taking care of her. ‘The actress is in a very bad state. ‘There is no coping to this loss and Shehnaaz will be in mourning for some time. Sadly, she isn’t sleeping well, not eating enough, and is barely speaking to anyone. She cannot be left alone in this condition and Sidharth’s mother has been strong for her, and not leaving her side at all during this testing phase,’ informs a source. Also Read – That moment when Shehnaaz Gill expressed her love for Sidharth Shukla will tug at your heartstrings – watch

A source privy to the details tells us, “Shenaaz has been in a state of shock and totally broken. But Sidharth’s mother Rita aunty has been her rock of Gibraltar. She has been strong herself and has been helping Shenaaz to mourn and move on. She also feels that the best way for Shehnaaz to come out of this loss will be to immerse herself in work and therefore she has been counselling her to get back to work soon, start meeting friends and lead a normal life.” There can be no coping for the loss that Shehnaaz and Sidharth’s family has faced, but it is heartening to know that Sid’s mother is right by Shehnaaz’ side. The source further said that Rita Shukla doesn’t want Shehnaaz to keep on mourning and thinking and talking just about Sidharth and get into depression herself. It is necessary for her to get herself busy and keep her mind occupied with something other than just Sidharth. Also Read – ‘Sidharth Shukla reunited us from up there’, says Paras Chhabra on REUNITING with Asim Riaz

Well, #SidNaaz fans are continuously worried for Shehnaaz and are showering her with a lot of love. We can only hope for strength for Shehnaaz in this most difficult phase of her life.